Quilting Disasters (with a capital D)

I have a second quilt entered into the Canberra Quilters Exhibition. Entries are due in 8 days, and I'm trying not to panic. I was on schedule - I had already pin basted it, and then started quilting it on Wednesday night. 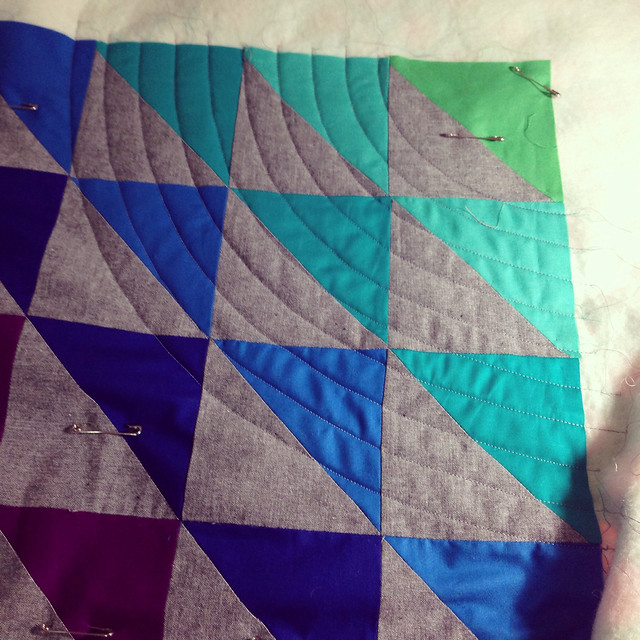 Holy moly did that sucker pucker! I did about 12 lines before I realised that was a lot of unpicking to do. I went to my fave quilting peeps, the Southern Cross Quilters on Facebook, and asked for advice. I received extremely good advice, but most of it I was already doing. Some I won't do (like spray baste). And some I could take on board. 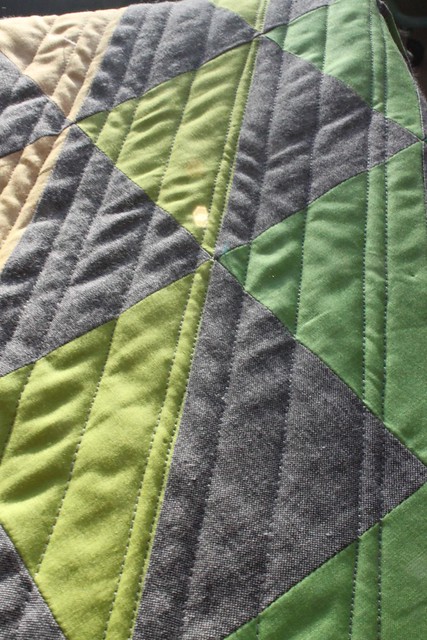 And then in a fit of impatience I did something I really shouldn't have done. I changed the quilting design. I figured I would try some straight line diagonal quilting at different intervals. Like matchstick quilting, only bigger. Chopstick quilting, perhaps.

Another 14 lines and I realised that it was also puckering. I could have cried, but you know, it's just quilting. There are children in Gaza and Ukraine who have more reason to cry.*

And then I remembered I had purchased a straight line quilting class last week on Craftsy, presented by the wonderful (no really - she is wonderful. I'm not exaggerating) Jacquie Gering.  I went to the patchwork store after work, bought some 100% cotton batting (because it's stickier than the wool batting I was using), and when I got home I made a cup of tea, cracked open the Dairy Milk Block, and watched Jacquie while she re-educated me in the gentle art of straight line quilting while I unpicked the mess I made. 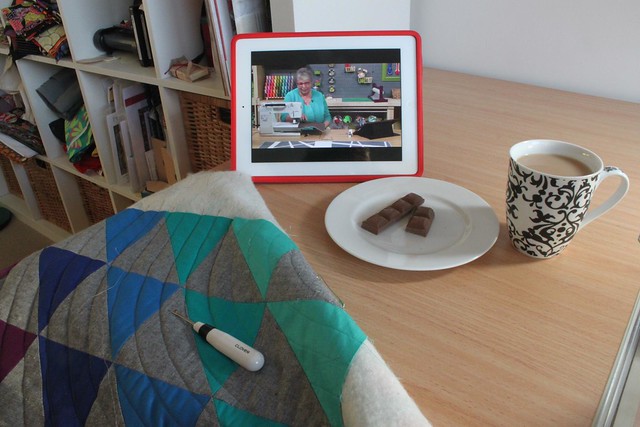 Six hours later I was done (I kept getting distracted watching Jacquie, and then our internet blew up because of the weather, and then I got distracted watching The Good Wife (how GOOD is that show? If the Diane Lockhart character isn't one of the most fascinating female characters on TV, I don't know who is. Complex. So complex)). 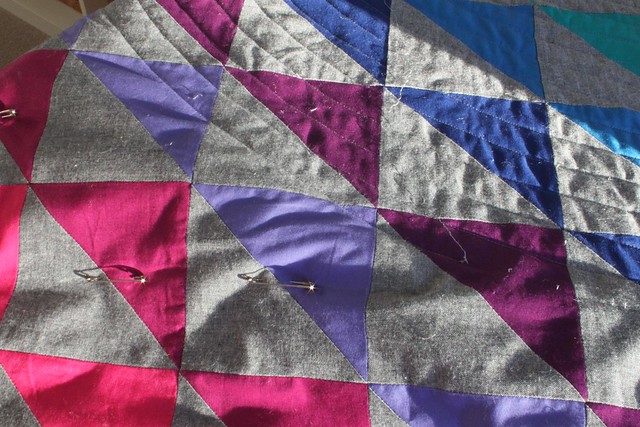 This morning the internet finally came back on, so I watched Jacquie while having breakfast, drinking coffee, getting dressed for work, and yes, even in the bathroom while putting my makeup on. 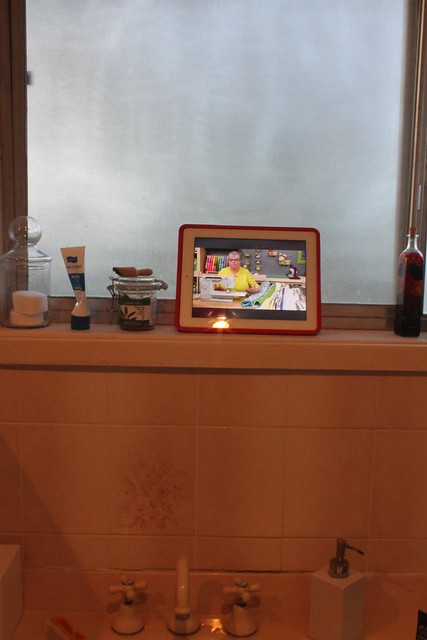 Best class EVER. Yes, even ribbon-winning quilters ( ha ha) can forget stuff they learned 15 years ago. Things like the fact it's a WALKING foot, not a running foot!  Ooops!

I shall be re-basting my quilt tonight. Fingers crossed for my second time around. I really want my quilting idea to work! I absolutely love this quilt - it has become my new favourite.

Oh! My blog turned 10 last Monday! And I missed it! Ten years! That's a whole lot of nothing talked about right there! Perhaps I should celebrate - after next Saturday perhaps!  A tutorial? A giveaway?

I'm joining in on I Quilt again today. Check out the other I Quilters on the Pretty Bobbins blog!

*I'm not trying to be light hearted about the stuff that is going on in Gaza and Ukraine and elsewhere in the world. The truth is that this world has become a truly horrible place for so many, and I feel so helpless. So, so helpless. But all I can really do is pray, and (nicely) educate those who don't understand about the history. Even I didn't understand it fully until recently. So go - educate yourself. Pray. Protest. Despair. Think kind thoughts of others and say nice things. Appreciate this life that you have. Work to make the world nicer.
Posted by Michelle at 4:12 PM