I have a lot of works in progress or WIPs. Many would call them Unfinished Objects (UFOs). I just like to think of them as tributes to my love of SNT (Starting New Things).

I usually document them on the blog and get all antsy about them. Too many! Can't finish anything! What a complete failure!

But I have had a recent epiphany -one where I realised that I wasn't serving anyone, let alone myself, by making myself feel bad about anything. And neither should I allow anyone else to make me feel bad about myself! (Goodbye Instagram! Goodbye fakeness! Hello happiness and positivity and looking up and REAL LIFE!).

So from now on I will document the WIPs, embrace the SNT and get over it! Luckily there is a WIP Wednesday linky thing over at Freshly Pieced so I can keep this shiz honest. Ooh yeah! This is a SNT. I purchased some gorgeous rainbow coloured solids and some black chambray from Polka Dot Tea Fabrics recently, and the moment the fabric arrived I knew what I wanted to make. Firstly I played on my design wall to make sure I wasn't totally losing my mind with my idea. 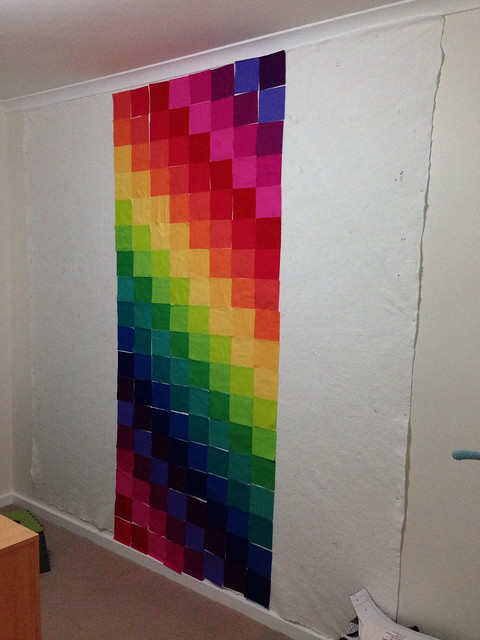 And then I started cutting and sewing. My original plan has gone out the window but it doesn't matter. This quilt is going to be awesome. 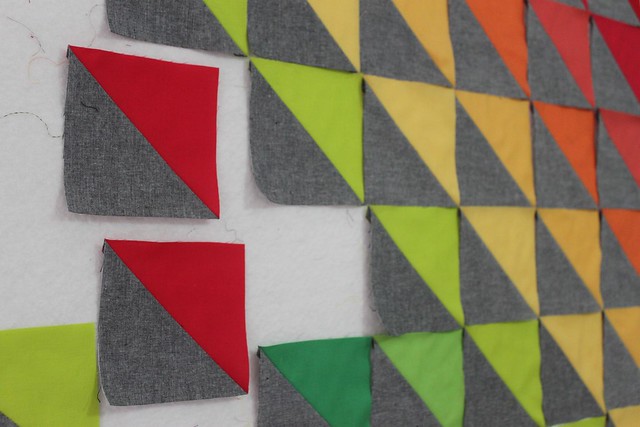 This will be a slow burn project. It is taking up a lot of space on my design wall, so it may get shelved when I get bored and SNT again.

The other day my exhibition pack for the Canberra Quilters show arrived and OMG entries are due in a couple of weeks and OMG I should have totally known that because I was Canberra Quilters president until only last month. (OMG)

Time to get out a long-forgotten WIP, one that I had intended to put in the show but now I'm not so sure. I suspect that this year I won't be putting anything in the show, but hey one can dream and dreaming is half of what this quilting caper is anyway. (The other half is the friendships you make, but I digress.) (Not too sure where the sewing comes into it.) 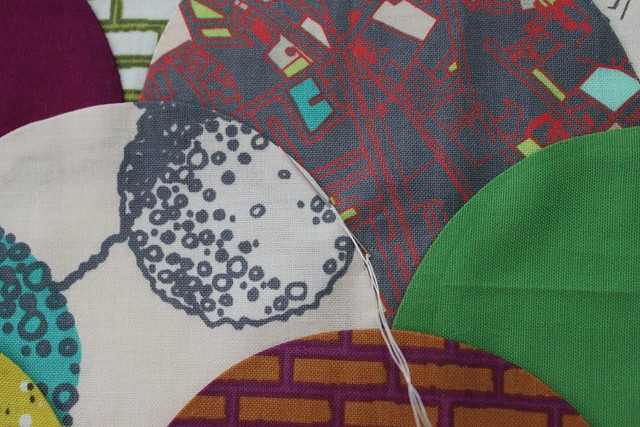 I started making this clamshell quilt after last year's exhibition. A clamshell die bought at the Sizzix stand during the exhibition started a great idea. I long-ago abandoned the  papers that I was using for the project - it just wan't working for me and I had bad tennis elbow at the time and it was just making it worse. Instead I use a bastardised version of my own Mylar template technique (I have a tutorial here if you want to check out the original) but instead of doing a gathering stitch I totally freestyle it with the iron. Yo. 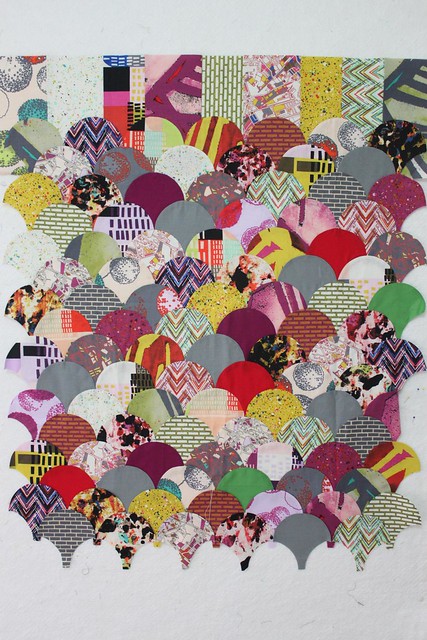 In the last couple of days, following very valuable input from a friend, I did a little unpicking and added the green solid. The quilt was looking really muddy, which is what I was after, but a little too muddy, if you know what I mean. I had included solids in the mix (the grey, red and berry) to settle the Center City by Jay McCarroll fabrics down a little, but those solids were blending in too well.  I needed a little Bryant Park and a little Highline. A little bit of Madison Square Park in the island of Manhattan that my clams seem to have become. Much happier.

Come back tomorrow and I will show you one of the maddest things I have ever made in my life. Honestly. Insane. But awesome (hooray for Positivity Panda!).

I've linked up with Freshly Pieced for WIP Wednesday. Have you?