On being in the bag making business

I've been making project bags for a while now - since early 2008, which means I've been doing this for six years. 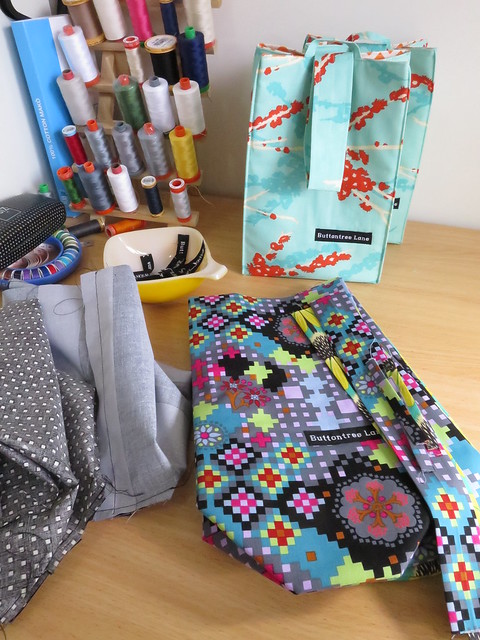 There have been times when I've done it to make a living. Times when I got so tired of it that I just gave it up for 18 months. Times where I just had to design new bags to stop me from getting bored at making the existing ones. I used to make needle cases too - cute ones with squirrels and birds and sheep appliqued on them. But I could never charge much for them because of what they were, and the time and materials outweighed the sale price so I stopped making them. 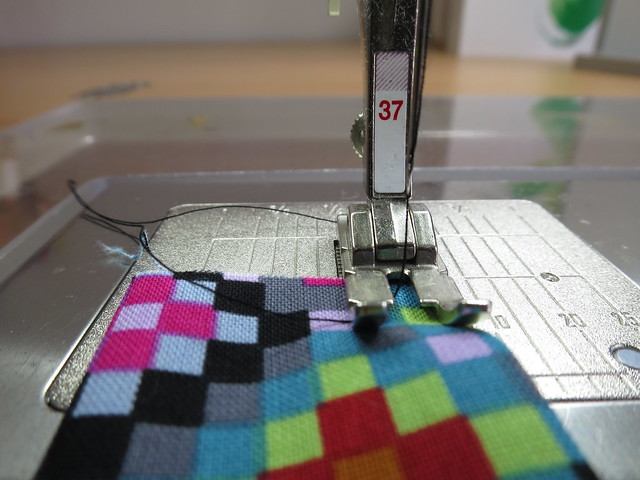 Back in May I did my annual pilgrimage to the Celebration of Wool Day at the Old Bus Depot Markets, sharing a stall with my friends Carrie and Leanna. As usual it was a great deal of hard work, but also fun. But as usually happens after a big market, I came home, sold the remaining bags (there were only four) and then decided to take a break from bag making for a month.

Which kind of turned into four months. 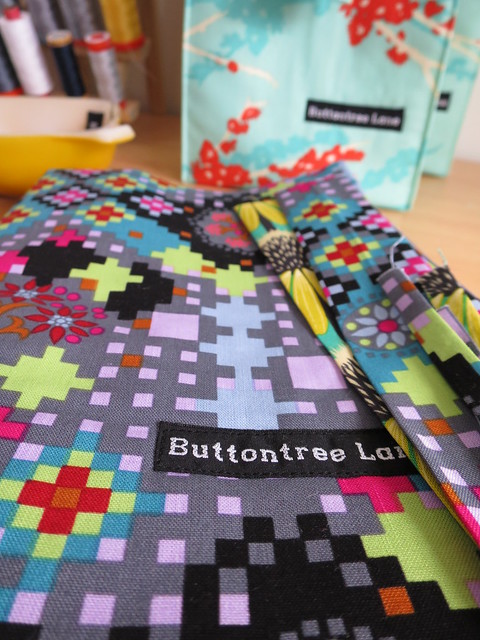 In June I injured my back and hip pretty badly, and as a result I did endless laps of physical therapy at the pool, day in and day out. Endless laps of physical therapy, where you are just concentrating on your muscles and what hurts, give you plenty of time to think about Stuff.  Like "will I ever get better?" and "should I continue painting my kitchen red?" and "dammit I'll probably never be able to paint anything every again if my back doesn't heal" and "where do I want my business to go?"

After about a week and 50 laps of water cycling, I'd decided I was going to let it all go. I'd much rather quilt and make clothes with my limited physical capacity. It made me pretty damn happy to think of letting it go, but that could have also been the muscles relaxants talking.

And yet here are some photos of bags being made. Today. These bags were being made today. And they are in my store now.  So what happened?

Well firstly I realised I had a lot of fabric in the sewing room which had been purchased specifically for making bags.  Whoops.

And secondly I realised I really missed making them. Heck - I LOVED making them. The pocket money they give me is an added bonus, but I know if I gave it up I would miss the magic that happens in the fabric store. The appeal of a certain fabric, the question as a quilter of "what would that fabric fit with in my stash" and then the risk of buying the fabric to make into a bag and the lining to match.

And then the cutting. The sewing on of the label.

And then when the edges are sewn together and I box out the bottom, and stand it up by itself and I suddenly realise that this fabric makes a bloody amazing bag. 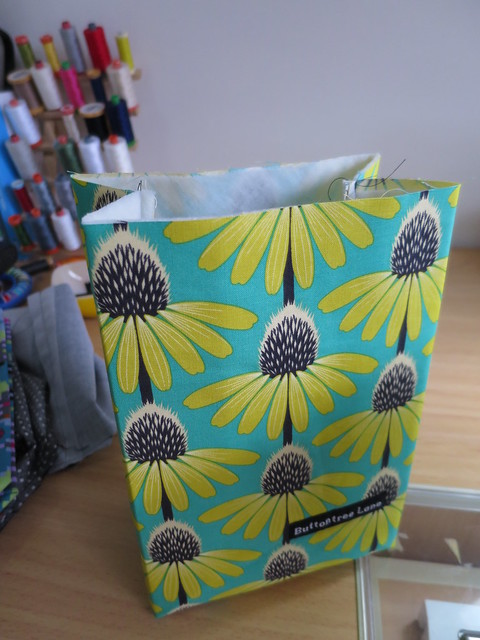 And I want to keep them all.

But instead I will sell them because I know they make a lot of people really happy. I've sold thousands over the last six years and I will keep on selling them until people stop loving them, or I stop loving making them.