Since the Canberra Quilters' Exhibition a couple of weeks ago, I haven't been that inclined to get in the sewing room. For one, it was messy and my show purchases were scattered everywhere and I just couldn't be bothered getting enthused about that.

Secondly, I lost my sewing machine glasses. Yes, I'm one of those very special people who requires three different strengths of glasses for long-sightedness - weakest for the computer screen, second weakest for the sewing machine, and strongest for hand sewing. I recently got a stronger prescription for hand sewing, which meant all the other glasses got bumped to the next category of close work. I still hadn't filled my script, but I took my strongest pair to the quilt show to do a class, and I haven't seen them since. I have called everyone. I'm convinced they are still at my house, but where they are exactly is a mystery. I have the case - but no glasses.

No doubt they will turn up the moment I bring my new $400 glasses home from the optometrist in a fortnight. 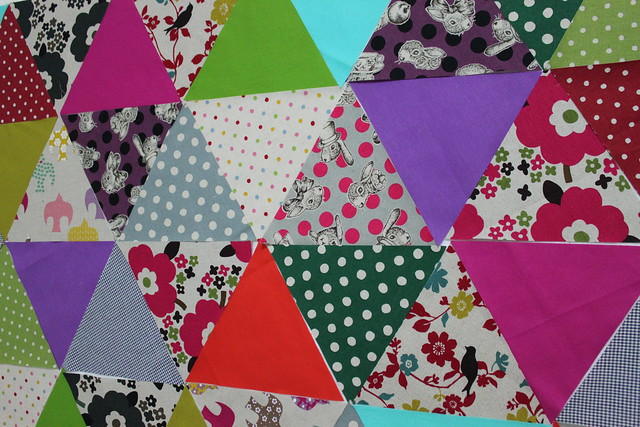 So I've been a bit blind this week, but struggling by on my weakest set of glasses. I've done a little on my grandmother's flower garden, but tonight I just wanted to do something that didn't involve looking at anything too closely. My eyes are tired. Heck. I'm just tired. 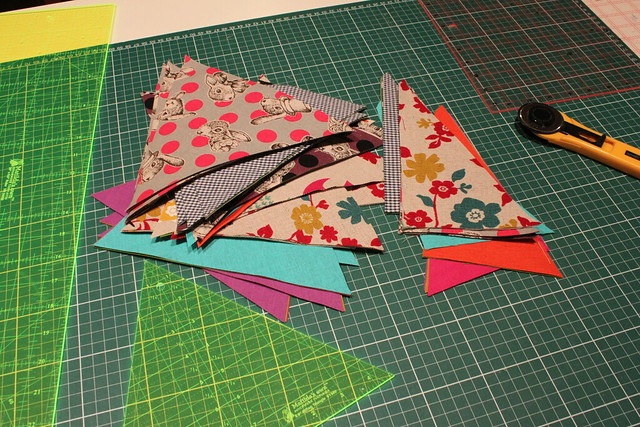 I bought the printed Japanese cotton/linens at the quilt show from Studio Mio. I was attracted to not only their prints and how cheeky they were, but also to the depth of colour, and the textures. And I was also very much inspired by the gorgeous clamshell quilt my friend Sam made for the exhibition - it is linen and double gauze and is just so lovely and textured and I fell in love with it immediately. I actually laid out the fat quarters I had bought in the days after the show, but realised I needed some solids. I remembered that Echino did a solids range in cotton/linen, and that's where Kelani came in. I bought all six colours they had and they arrived today. 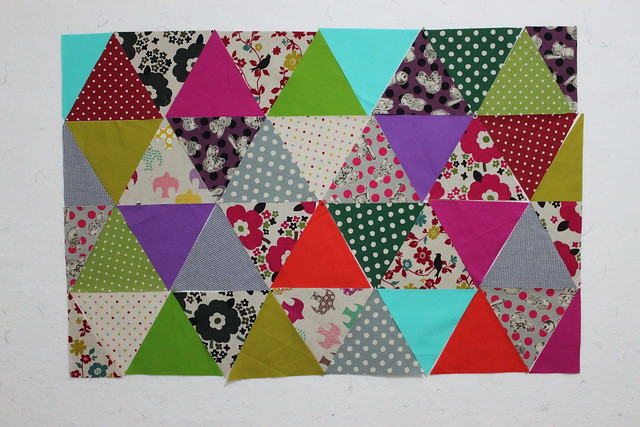 I've only cut three of each fabric so far to make it cot-sized, but I like where it is headed so far. 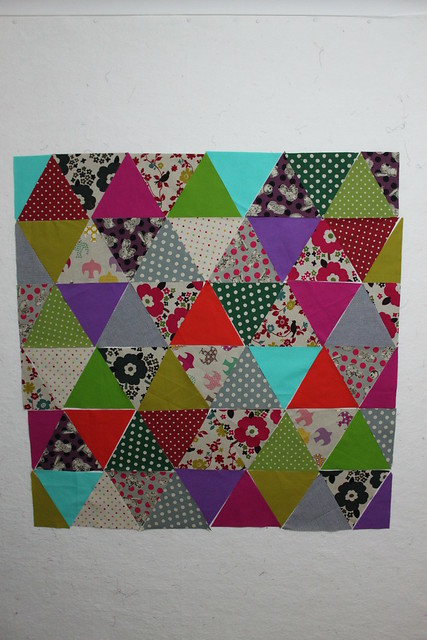 (I actually have no idea where it is headed but I'm so bone tired right now it doesn't matter.) 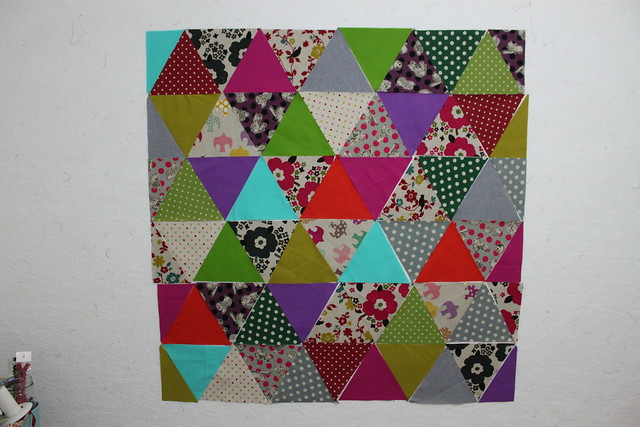 I played around a little with the stars I could see. They might not stay.

Sometimes with quilting there is an itch you just need to scratch.