A few weeks ago, just when we were starting to get a taste of what winter in Canberra was likely to be this year (answer: freaking cold and windy and OMG get me a hot toddy STAT) I rocked up to my local fabric store and spotted some gorgeous red faux quilted ponte stuff. Except it was snuggly in ways that ponte could never be. I resisted that day because all I could think to make was a self-drafted elastic-waisted straight skirt and that's just boring. So I bought some other fabric for other projects, and put the thought of the red quilted snuggly knit out of my mind.

Until a week later when I went back and bought half a metre of it because I couldn't get it out of my mind, like the insane woman I am. 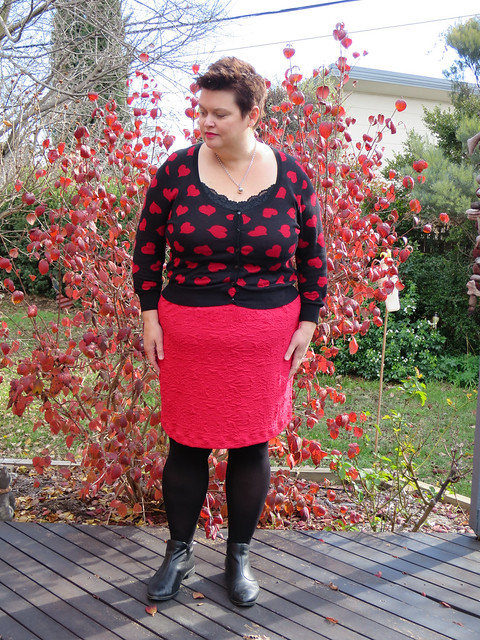 I sat on the fabric for a couple of weeks while I quilted quilts, until my friend Amanda made and blogged her Moneta/Violet Frankenfrock from the same fabric (but in black) which she described as "stealth pyjamas". Are you kidding me? Get me on the PJ train!

The first day I had free from quilts (oh blessed day that was) I made this skirt. To be honest, it would have taken me less time to buy the Colette Mabel pattern, print it out, stick it together, cut out the fabric and sew it. Except I don't really like the Mabel pattern, and I'm a bit stubborn.

First I measured my hips, and sewed up a back seam using those measurements for a snug fit. I realised then that the bulk of the skirt with an elasticated waist would end up being mega bulky, so I created some side seams and shaped them to be less bulky at the waist. 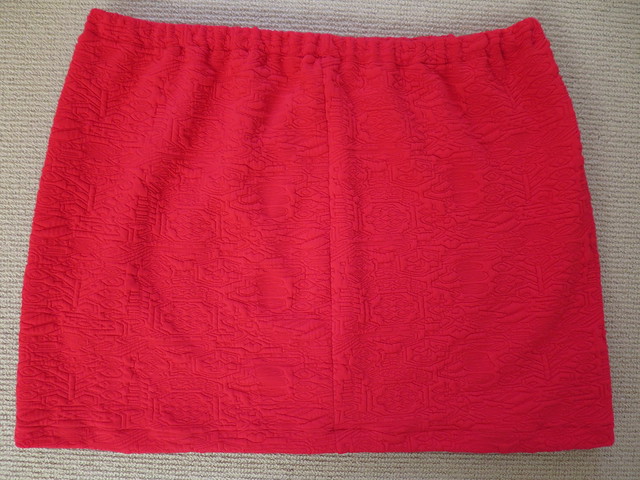 My only problem with this method is that I should have switched the single back seam to a side seam and created another side seam on the other side. That would have done away with a back seam altogether instead of having a knit skirt with three seams. I can be such a sewing noob at times... 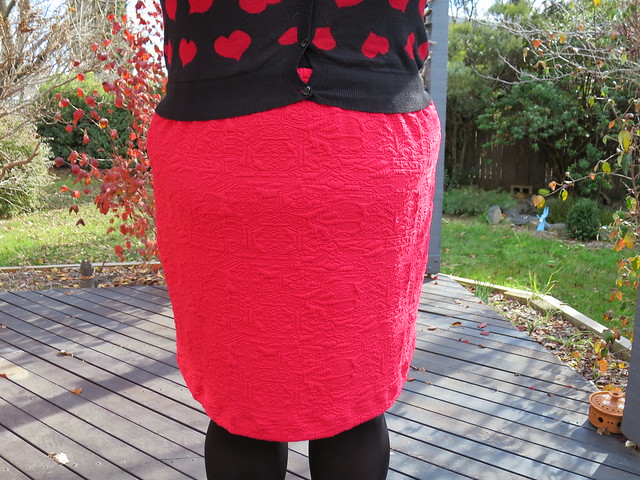 I constructed all the seams with my overlocker, and they bubbled like crazy to the point I couldn't even steam out the wonk. That's when I realised my new overlocker had a very close stitch. I lengthened the stitche length to 4, and redid the seams (no I didn't unpick them - I just took another run and made the skirt a little, ahem, slimmer. 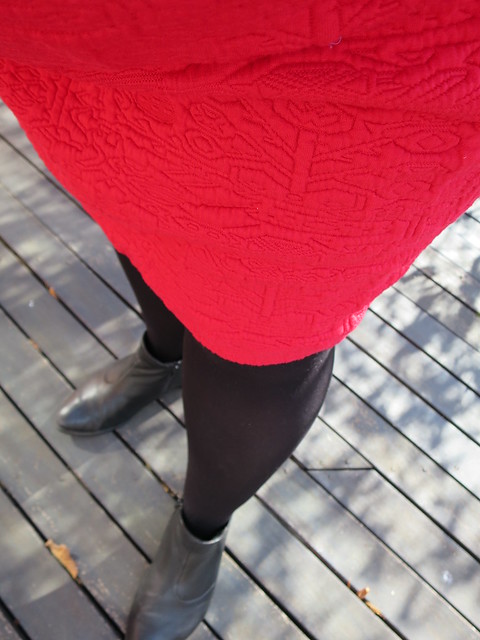 I absolutely adore this skirt. It's comfortable, and it really does feel like I'm wearing stealth pyjamas. I can see me wearing this every single day through winter - it's warm and cosy and I'm not forever pulling my skirt up like I do with non-elasticated ones. 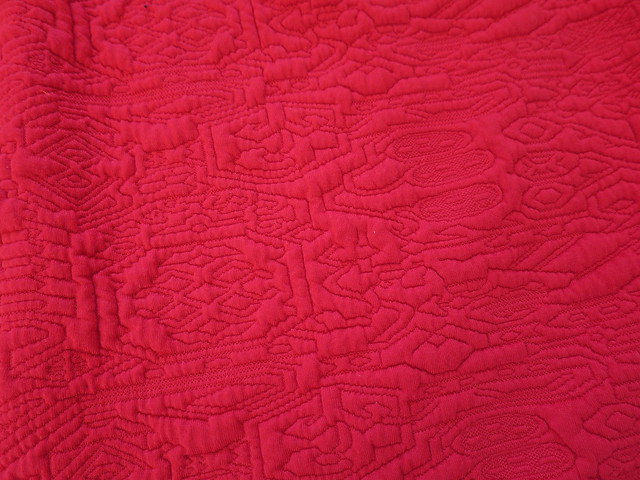 The fabric gets a lot of comments because it is quite unusual and begs touching. And did I mention comfortable? I can see me getting another half metre in the black and pulling another skirt out of the hat, except without a back seam next time, and maybe less waist again. 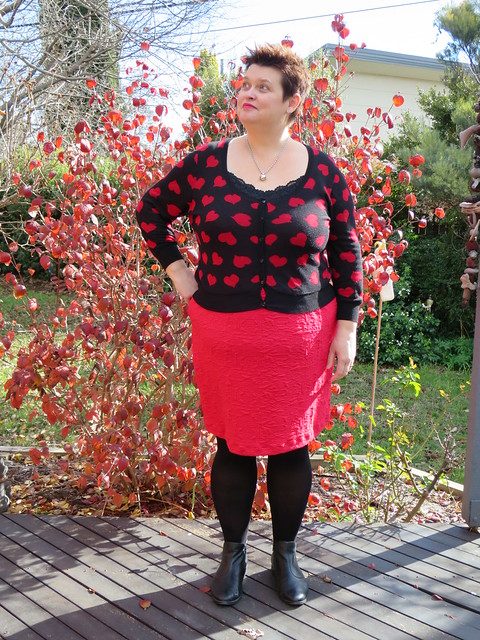 Because a girl can never be too comfortable when it's freezing cold outside.
Posted by Michelle at 4:47 PM