Before we left Australia, and just after the 10th anniversary of 9/11, I applied for visitor passes to the newly opened
9/11 Memorial.

10 years ago, a few days after the attacks, two young men created the United in Memory Quilt Project. All over the world, quilters each selected a person who had died in the attacks and made a 12 inch block in memory of that person. The blocks were made into many quilt panels which were then displayed. There is a website that shows the blocks made. http://www.unitedinmemory.net/

I participated and ended up making 7 blocks as the need arose. I found out as much as I could about each person, mainly from the tribute websites that were set up at the time. I felt it was important to know about the person I was making the block for. I have never forgotten their names in the time since.

Yesterday, at a stunning memorial site which included two levels of waterfalls in the footprints of the former south and north towers, I found 6 of 'my' 7 people. The 7th, William Erwin was on a very wet, windy side of the north pool, so there was no chance for a photo.

We could imagine no other type of memorial to such an awful day in history. It was respectful, and very, very beautiful. Photos and words will never do it justice. 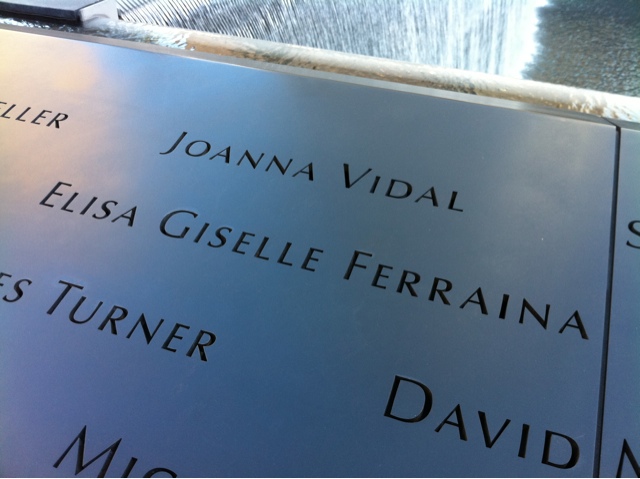 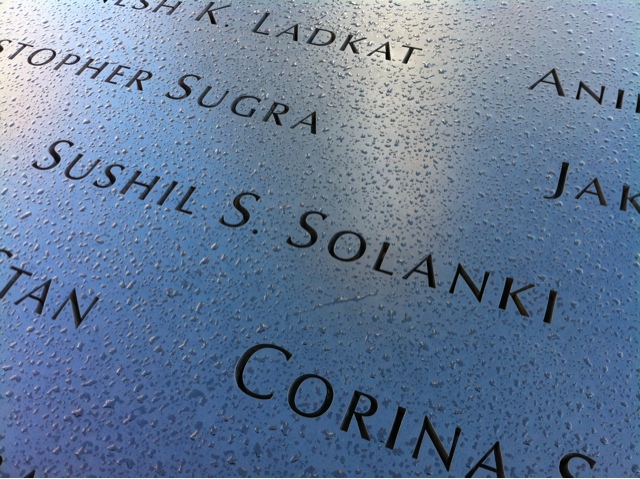 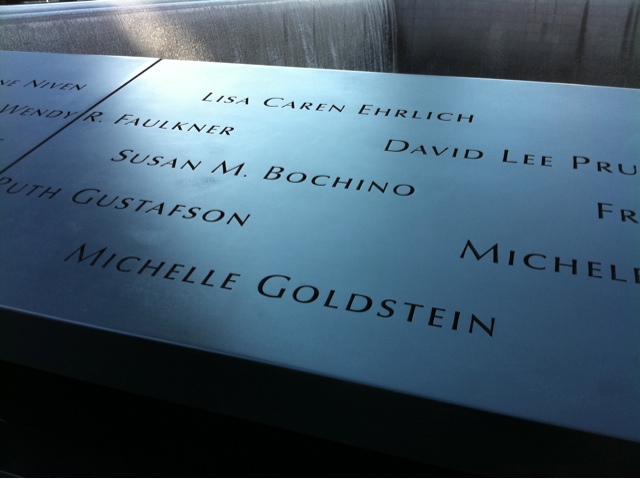 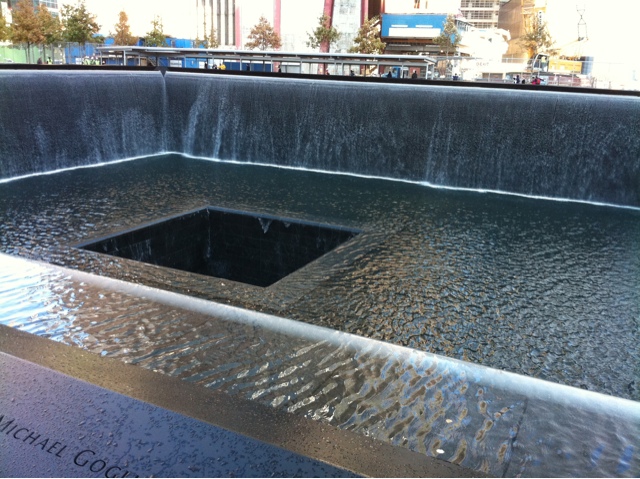 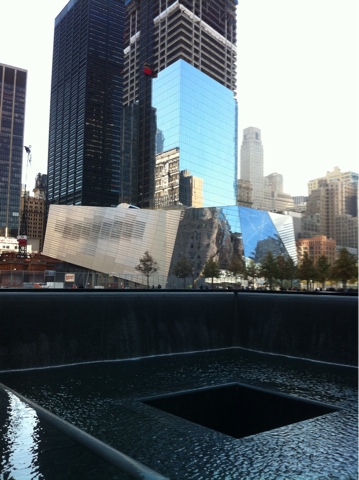 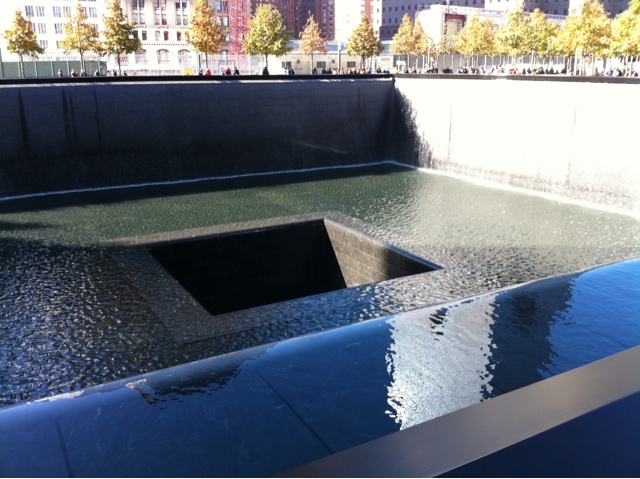 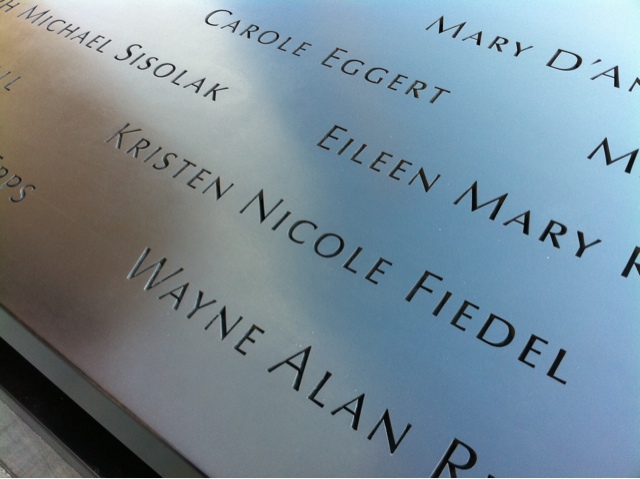 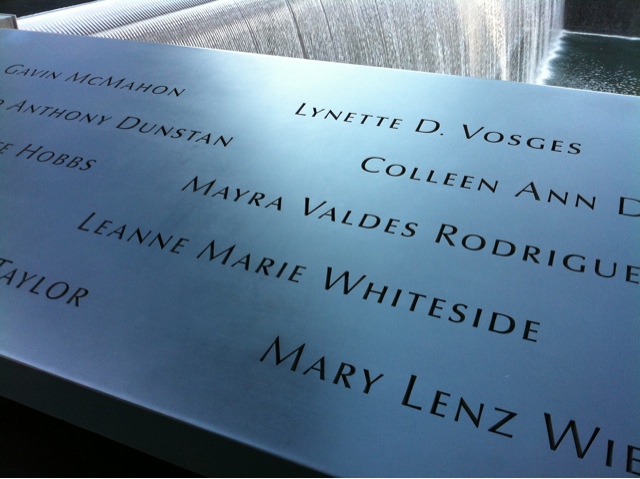 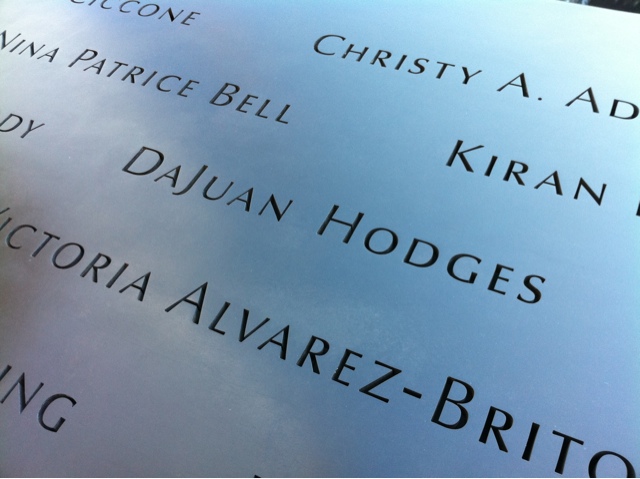