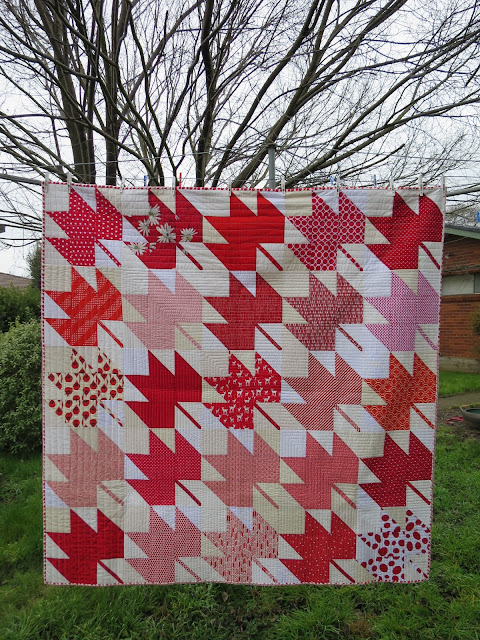 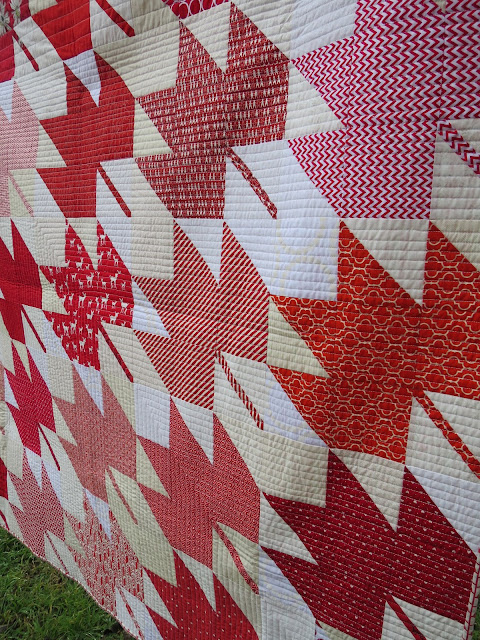 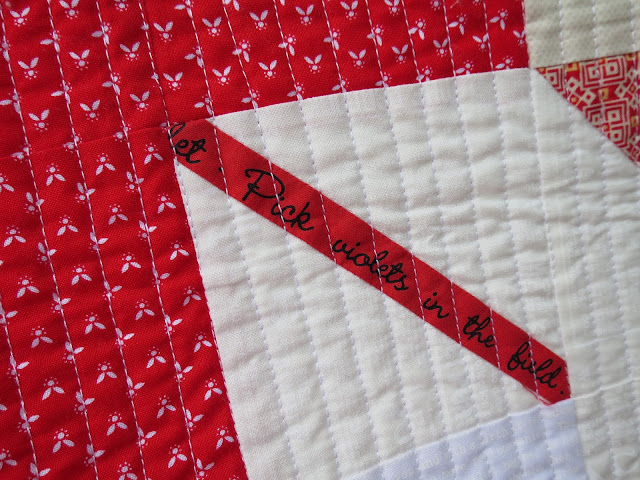 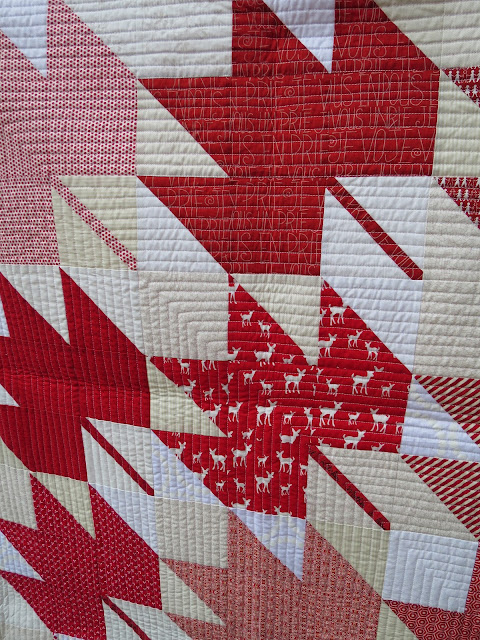 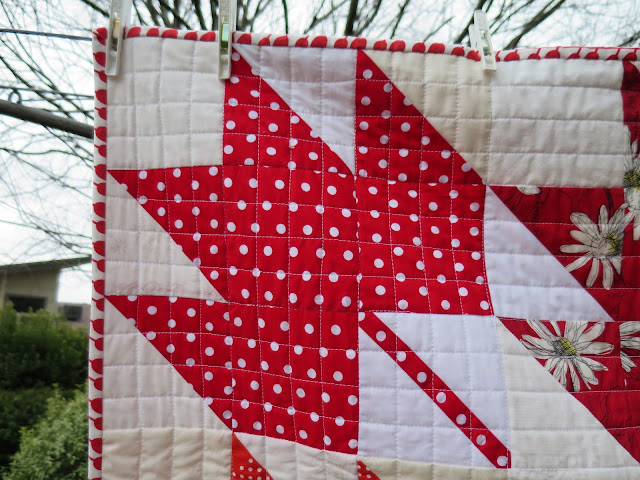 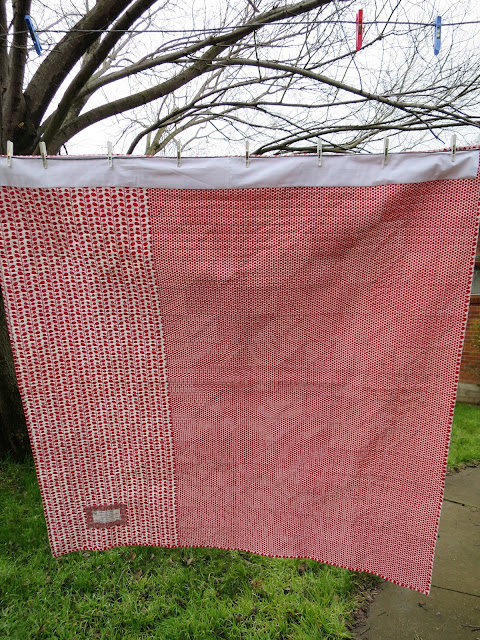 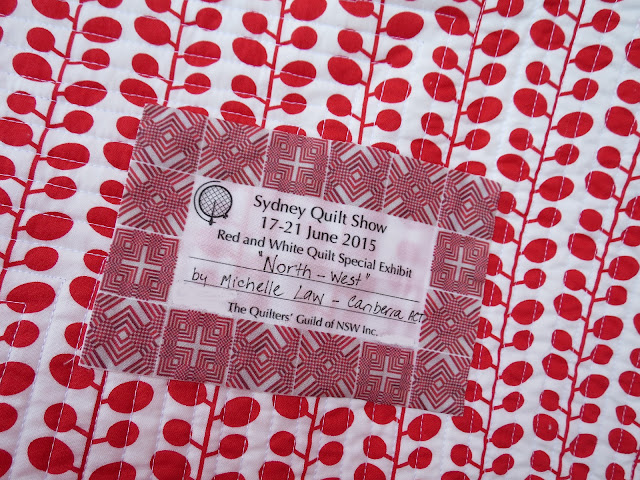 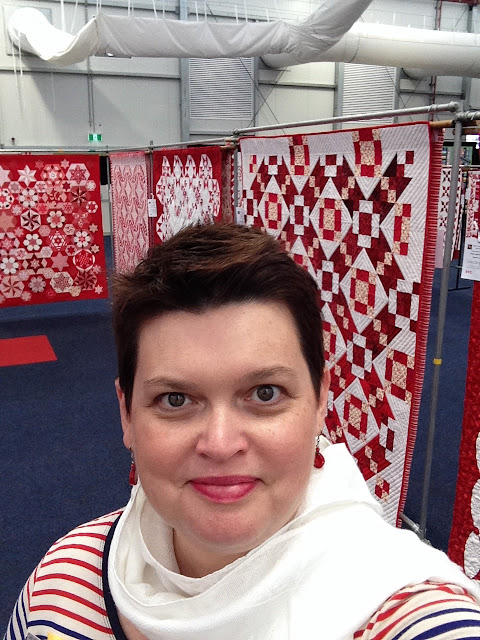 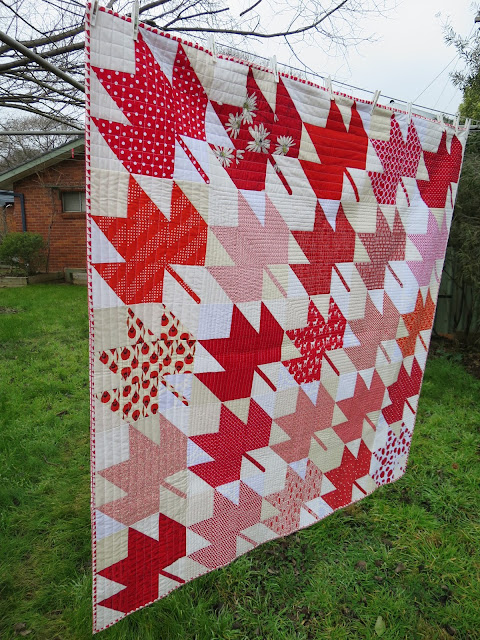 In terms of deadlines, my life is pretty cruisy at the moment. One Canberra Quilters exhibition entry is done, and the other - a group quilt - is basted and waiting for me to quilt it. I also have a birthday quilt to co-sew with a friend by Spring. It was started a year ago but I can't find the pieces.  Actually, there is a lot of misplacement of good fabric and patterns going on here lately. You'd thing living in a bigger house this wouldn't be a problem. You'd be wrong.

In the process of searching for things I'm also unearthing long-forgotten projects. I have more than a few projects that are only a couple of hours from completion, and as I'm sick of them taking up space on the spare room floor, sewing room floor and study (floor) I'm aiming to complete them as I see them.. 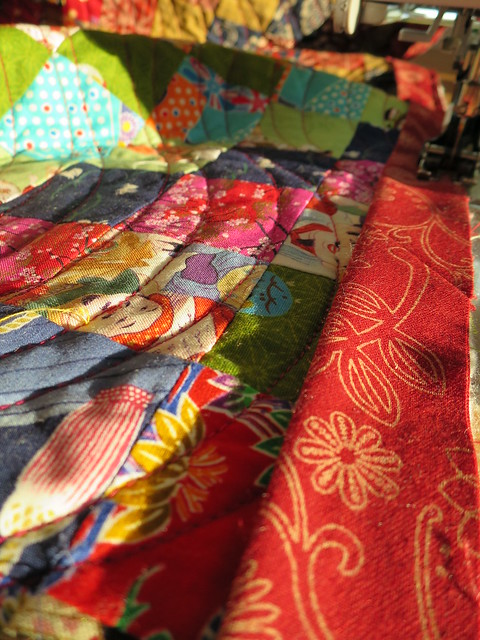 I had this Japanese fabric Trip around the World quilt top quilted by a commercial quilter last October before we left for Japan. I trimmed it for a show and tell lunch one day, and then it has sat folded neatly, with the backing trimmings piled on top so I could use them as binding, on the floor in the spare room ever since.  Yesterday I made the binding and attached it, and then spent a few hours last night stitching the binding down. 320 inches of binding in 5 hours - I was obviously on a mission! Photos to come soon. 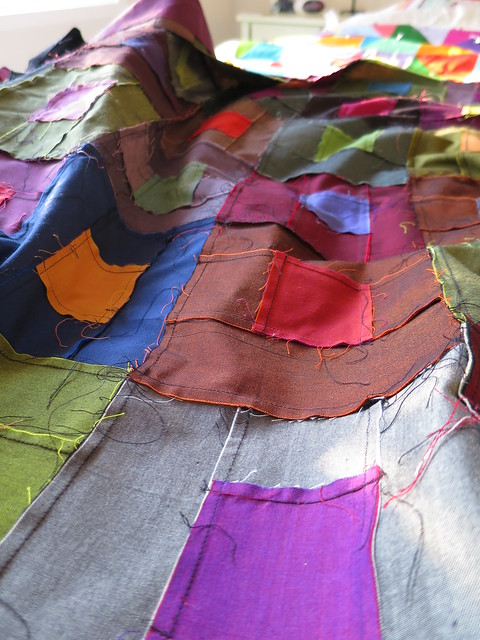 In my searching I also found this Oakshott quilt which my husband has been nagging me for 18 months (that's how long since we finished renovating) to finish so he can put it on the study wall now that it's painted. I want to quilt it with a circular pattern, so I will do this before I quilt the group exhibition quilt (practice! The group quilt will be quilted the same way!). 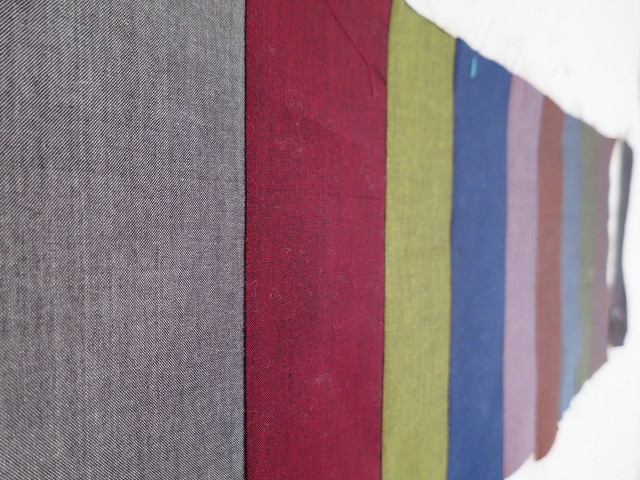 I never had enough backing for the quilt, which is why it has festered for so long. So yesterday I also put together some of the Oakshott scraps to make up the difference. I really love how this fabric sparkles. I don't love how it frays.

In the meantime I still haven't found the lost birthday quilt project, but this morning after swimming I found the energy to clean up some of my fabric shelves. With the frantic stash- and scrap- busting that went on with my Sydney exhibition show quilts the shelves got into a right royal mess. Add some stash enhancement to that, and you have yourself a bit of an organisational disaster. 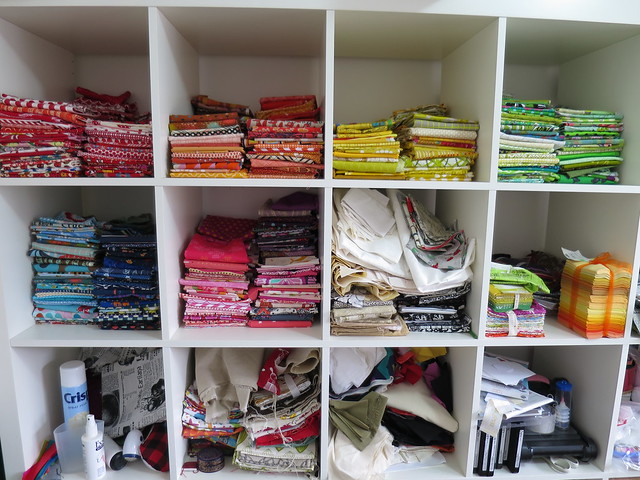 I've finished seven of the sixteen shelves, but I seem to have run out of storage for all the greys I seem to have acquired.  Wish IKEA made a bigger Expedit. Not that my sewing room would be big enough to hold it. 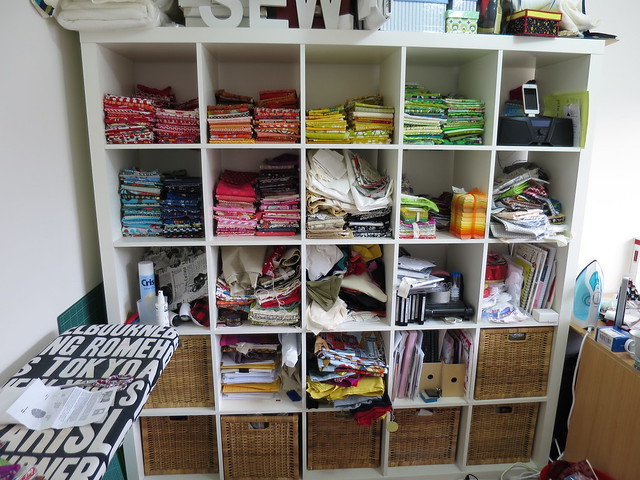 A lot more work is required, so it's time to put the music back on and get back to it. I'm pretty pleased I finished one UFO this weekend - if I can finish the backing for the Oakshott and find the birthday project we'll know that I had a winning weekend!
Posted by Michelle at 3:08 PM 2 comments: