Yesterday I got to do something I never thought would be possible. I conducted a choir of 80 beautiful voices. 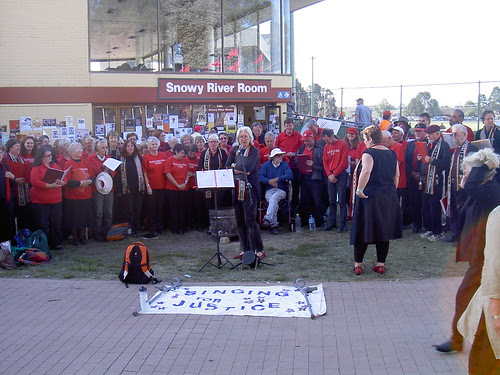 Admittedly it was only one song (my favourite union song - Bread and Roses), but I conducted it on three different occasions (including a rehearsal!), and I think my smile got wider each time I did it. Not because of the thrill of conducting (I do enjoy doing it, but I'm not a very good conductor at all and I was only filling in for our usual musical director) but for the thrill of having 80 people singing in four-part acapella harmony right in front of me. It sounded fantastic.

Canberra Union Voices were at the National Folk Festival yesterday to sing with three other union choirs - Tasmanian Grassroots Union Choir, Sydney Trade Union Choir and Victorian Trade Union Choir. After weeks of organisation by email, we had just one hour to rehearse seven songs together, and two performances to do. But in between rehearsals and gigs, we had time to take in some other acts. 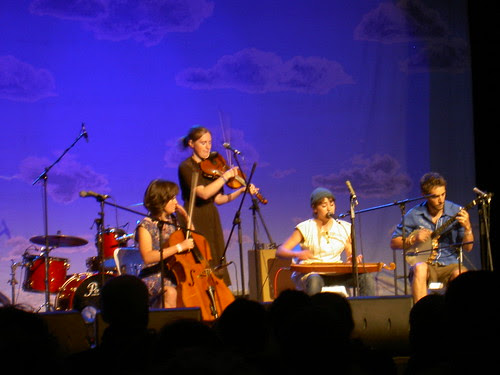 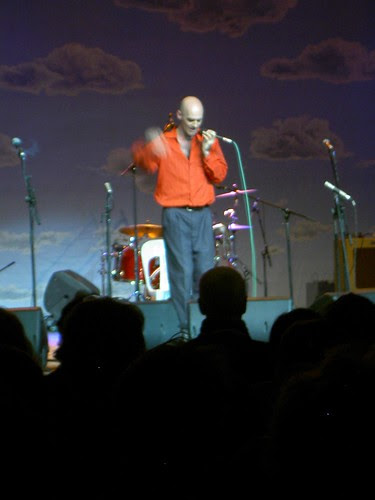 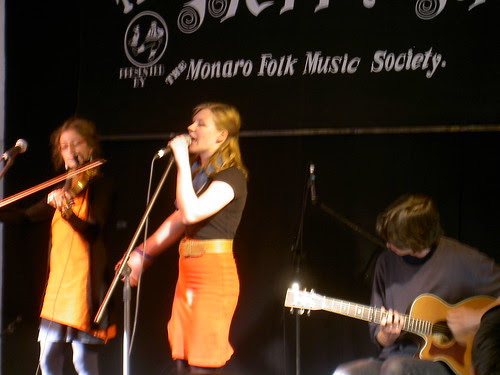 The Fooks at the Merry Muse. 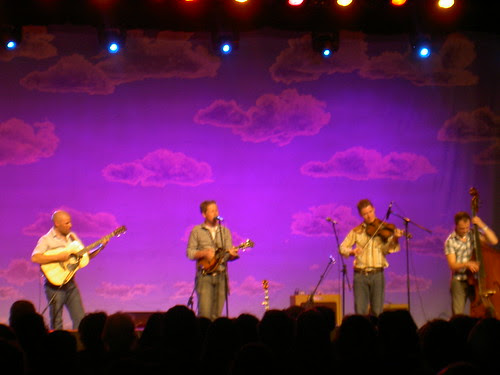 Davidson Brothers at the Coorong. 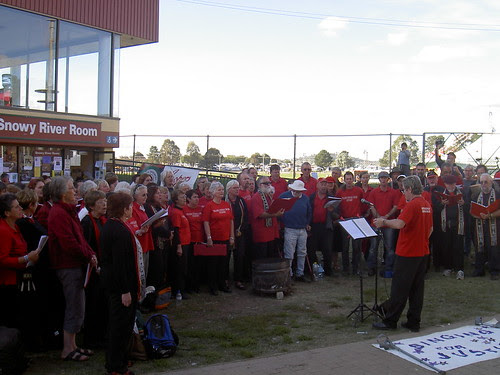 It was a lot of fun, but I got so very tired. I could have done with a nap about mid-afternoon. 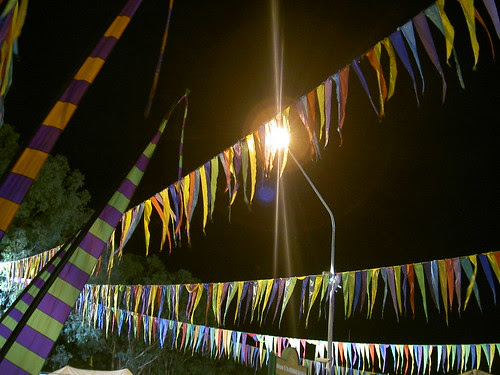 About 10 pm I reluctantly called it a night. I said one last farewell to the colourful bunting, hopped on my bike and rode back home. I was showered and in bed asleep not half an hour later.

Today I am really sore so I think I will just stick to the excitement of the sofa. I have some crochet to finish off and some CDs to listen to from the festival (can anyone say "sea shanty"?)
Posted by Michelle at 10:19 AM