That Lotta Jansdotter Bella fat quarter bundle that I didn't know what I was going to do with in my last post has almost turned into something. 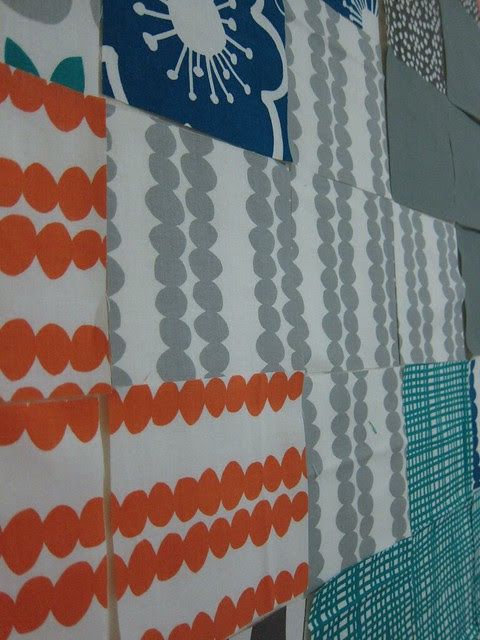 Well, on the design wall at least.

I came across Jeni B's pattern called "Arithmetic" and thought that it could be quite a handy pattern to have. 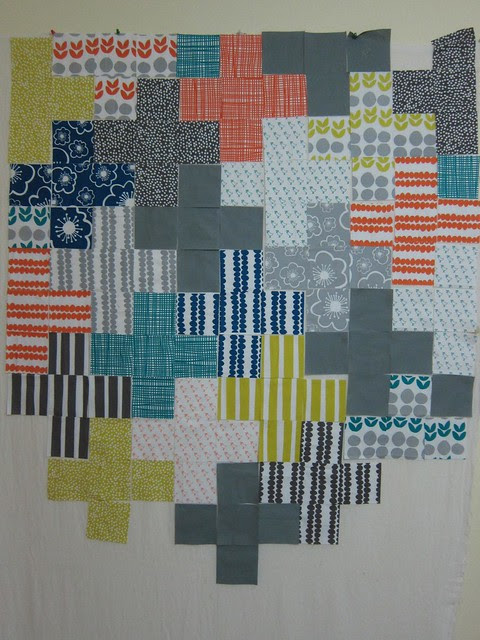 You see in the pattern there are tables for 2.5 inch, 4.5 inch and 8 inch squares, in six different sized quilts. SIX!

I had 17 fat quarters I could use (two of them are a bit panel-like so I'm keeping them for the backing) and also decided to throw in some of the million metres of grey I have in my stash. I bought the pattern at lunchtime today, came home tonight at about 8.30 pm, pressed the fabric, cut the squares, and less than 2 hours later I had most of them laid out on the design wall. 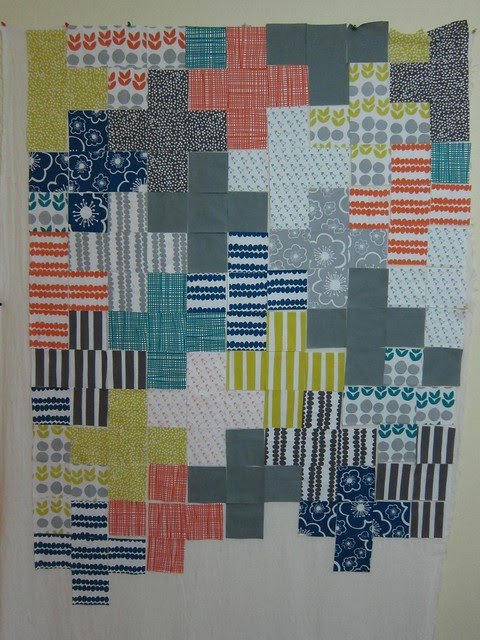 Wish I had a wider design wall though.