If you were reading back in March and April 2012, you might remember I had to make a formal frock for my niece's wedding, and while the dress itself turned out ok after numerous fitting disasters, I had also made a muslin, which I eventually abandoned as I just ran out of time and patience.

When I was cleaning up my stash cupboard before we left for Japan, I noticed the dress there, lonely, and unfinished except for the hem and facings.  Should be a doddle to finish this off, I thought. I'll get right onto it when I get home, and then I'll have a nice new summer frock for work. 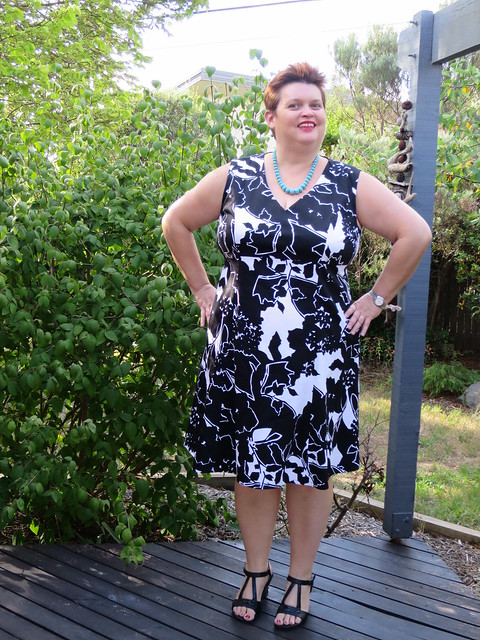 This is the photo where I look really, really pleased with what a splendid example of home sewing I have made. 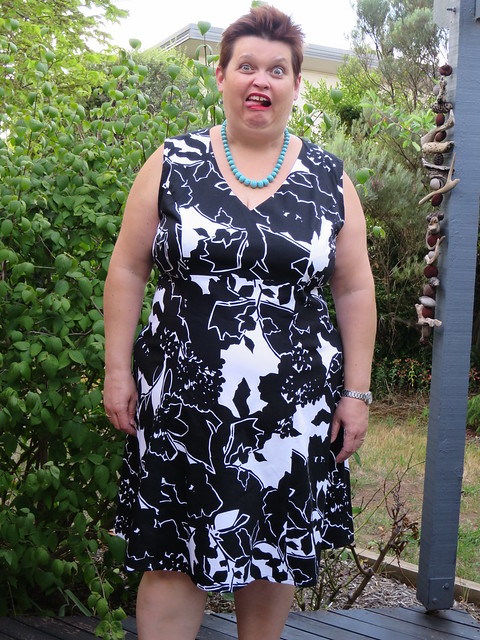 This photo is how I really feel about it.

So yeah, it wasn't really a doddle. Thanks to the blog post mentioned above, I finally remembered what state I'd left it in. I recut a whole new bodice with a C cup (I don't think I've been a C cup since I was 13). And I still had side boob issues. And it kept getting worse from there every time I tried to fix something.


A really badly fitted frock, but a frock that I can wear to work and pretend that that side boob gape thing isn't really happening. Frustratingly, this is the only home sewn item that my workmates have admired. 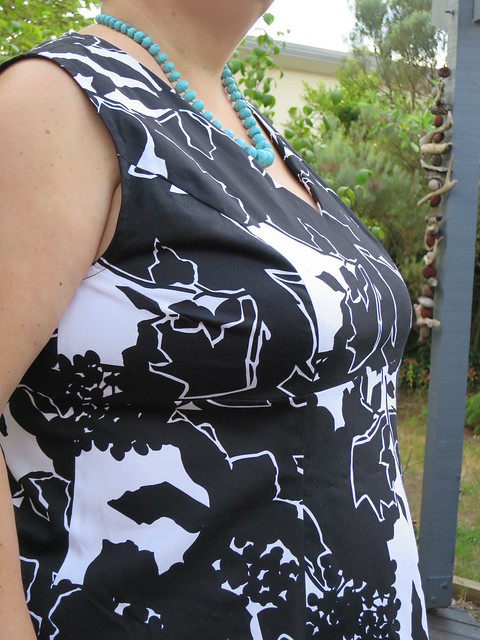 The good news is I have somewhere to stow my lunch when I catch the bus to work. 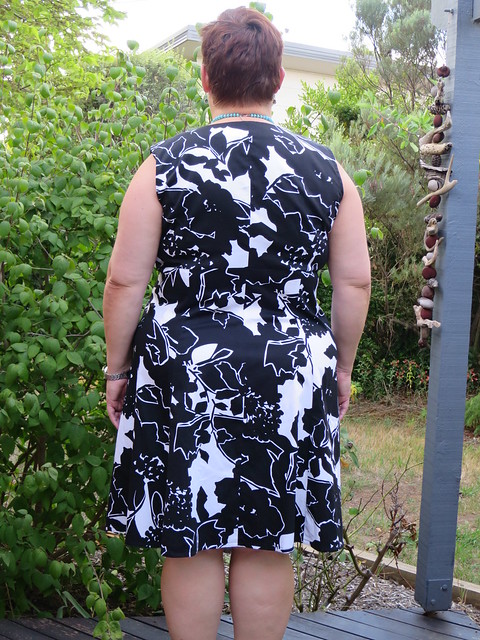 Ooh hellloooooooo scoliosis! That's what my physio has been banging on about! And I probably should have recut that back armhole a lot more, but eh. 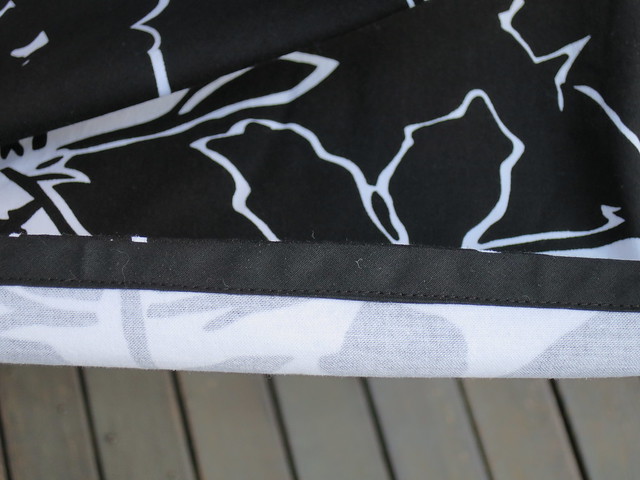 A note on the bound hem. As this dress was already far too short for work I decided a normal 1 inch hem would be horrible, so I bound with store bought binding. I actually quite like the effect on the gored skirt - I get a bit of a twirly skirt as a result.

(You would have had photographic evidence of the twirling except I'm pretty sure the lifting nails on our old deck would have tripped me up...) 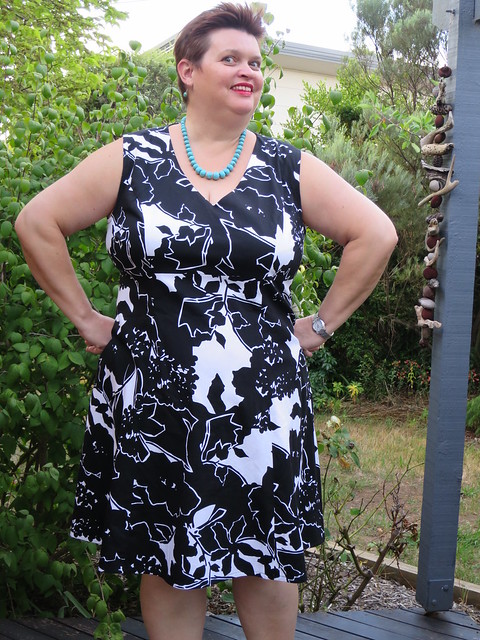 If I stand like this all the time no one will notice the fit issues! And I look like a superhero...

Pattern: Simplicity 2247 Amazing Shit Fit
Fabric: Stretch Sateen from Spotlight. It's rubbish, and the black runs into the white everytime I wash it and dare to let it sit in the washing machine for more than 5 minutes.
Notions: binding tape, thread, and a lot of swear words.
Adjustments: too many to mention
Started: March 2012
Finished: December 2014
Make again?: Absolutely bloody not
Posted by Michelle at 6:58 PM