He came in from the garden to find me boiling the kettle for tea with a panicked look on my face.

"There's a Sewing Crisis" I said.

"A Sewing Emergency?" he replied.

"No, that would entail forgetting to buy the right coloured zipper, or not having enough thread or interfacing. This is a Sewing Crisis.  It's worse."

Let me tell you a story, in the colours of Green Slime and Wet Cement. 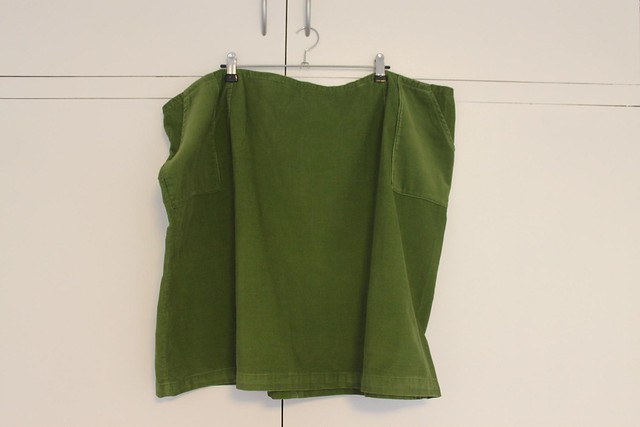 A couple of weeks ago, I was preparing for an imminent trip to Melbourne, and realised I had Nothing to Wear. And I also had a spare room cupboard of stash that was full of corduroy. And I also had what I thought was the Best Skirt Pattern In the World (Simplicity 9193 View F).

And so I thought, given the need, the stash and the Best Skirt Pattern In the World, let's have a Corduroypalooza shall we? Let's pull out all the cord, cut out the one skirt pattern, add some extra things like self-drafted pockets... a Corduroypalooza sounds like just the thing doesn't it?

Friends, let me tell you one thing.  DON'T DO IT. 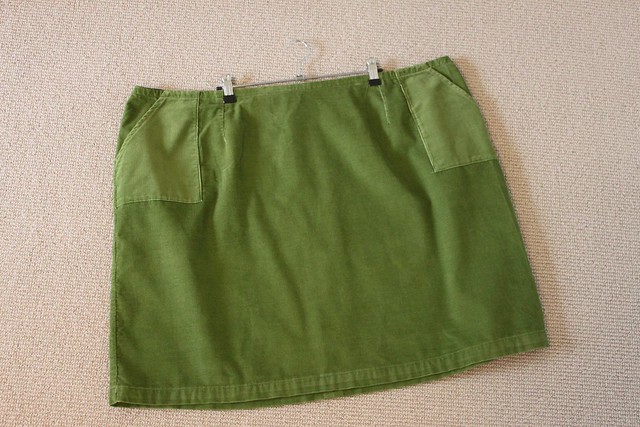 Firstly, just cut out one skirt at a time, preferably with your least favourite cord. Here's the thing with cord - it's an unpredictable beast. It sticks. It irons funny, it can either flop like a rag, or stand up by itself. And most importantly, the Best Skirt Ever made with cotton/linen in summer with the Best Skirt Pattern in the World may not in fact translate well into a different fabric.

Secondly if you are going to add pockets, for heavens sake make sure you get the nap right (on these, the nap is upside down and it drives me nuts).

Given the issues I had with the fit with the Green Slime skirt above, and having already cut out old Wet Cement thick wale cord, I figured I'd go back to the original pattern and include the side slits. Surely it will fit better. 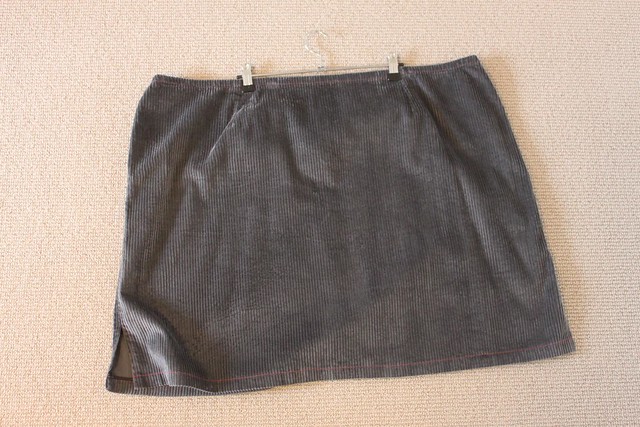 Oh, and while we're at it, using red contrast thread for the top stitching and to match your snazzy red zipper was such a magnificent idea. If only the thick wale cord hadn't gotten in the way. Bastard. 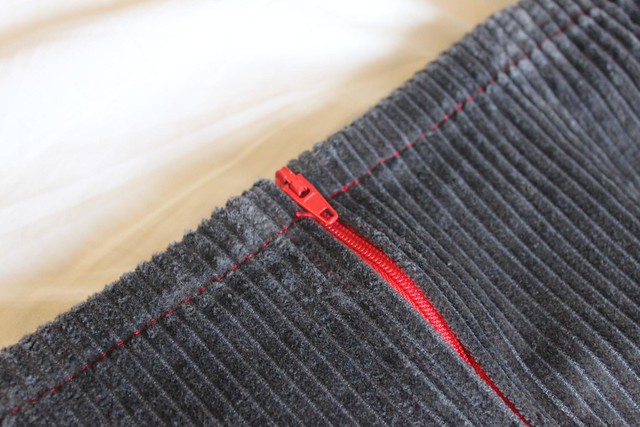 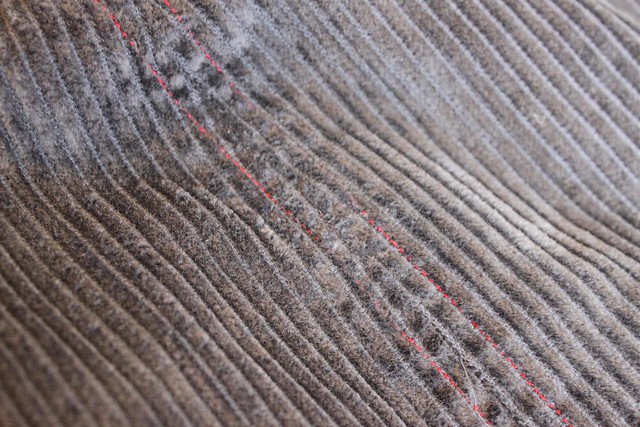 So now we have a dilemma. It's called Denim Cord. It's a much lusted after, much thought over fabric I picked up in Sydney a few years back.  I should have saved it for a Style Arc Sally Jean Skirt.  But I got all stupid and included it in Corduroypalooza. So now it sits, cut out, and I'm going to let it sit there longer. Sally Jean is on it's way, and I have extra fabric and I'm confident I can squeeze a better skirt out of it. 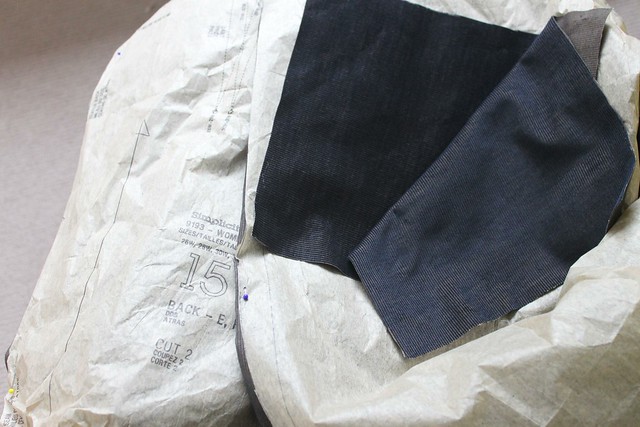 I'm not too sure what has happened. Hence the Sewing Crisis. I have lost all confidence in how to make things, what suits me, and what fits me. I used to sew with knits and ponte and make my own jackets and coats. Now I made skirts, and really bad ones at that. I ask my friends crazy questions like "Should I line ponte?" because honestly I just don't know anymore.  Occasionally I pull an amazing rabbit out of the hat (like my Paron Multi City Skirt which I will have to blog about soon) but those makes are far and few between. Something has to change. I need to get my sewjo back, and escape this Crisis once and for all.

'I, Michelle of Buttontree Lane, sign up as a participant of Me-Made-May '14. I endeavour to wear one handmade item of clothing each day for the duration of May 2014'. I will also endeavour to make at least one new thing that challenges me and restores my faith in my sewing abilities, that is not a tried and tested pattern, even if it is just a muslin'

I haven't participate in a Me Made Month for a couple of years, so I think this will be fun. Who's joining me?
Posted by Michelle at 2:59 PM