I decided not to travel anywhere this Christmas, because travelling at Christmas is nuts and we always do it. It involves hours in a plane, and then hours in a car or train, or else 8 hours in a car south or 15 hours in a car north, and last Christmas we did BOTH families over 7 days both north and south which was just ridiculous, so this year I stayed home and spent Christmas Day with my Spoolette friend Amanda and her husband. 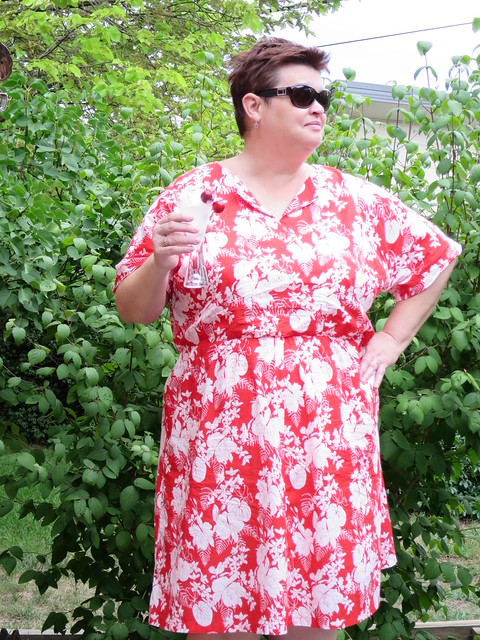 Amanda recently made a kaftan - and it was fabulous, and not in a hippy, folk singing, creepy, key-swapping way either. When it was decided that I would gatecrash Christmas, she declared Christmas to be Kaftanmas and holy crap what's a girl to do but join in? I mean, in Canberra it's likely to be hot and sunny and we are both originally from Queensland so a kaftan is all shades of perfect for Christmas attire.

I fully embraced the concept of making the kaftan, and then realised that any shapeless kaftan on me could make me resemble Demis Roussos without the beard and the eyebrows, and a lady can't have that for Kaftanmas. Luckily I realised that Simplicity 2929 (and here I go again) View B is perfect for kaftanning it up, so I bought some blood orange tropical voile from Remnant Warehouse and I was off. 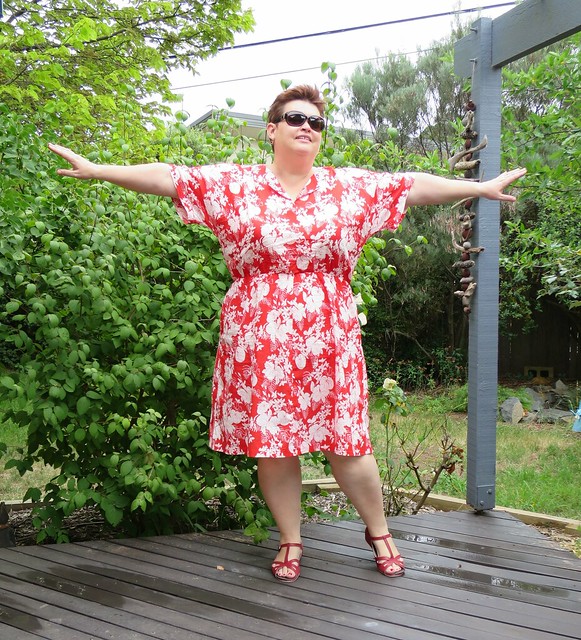 I cut the dress out on Tuesday night and I sewed it up on Wednesday afternoon after I'd finished work. It took me exactly 2 repeats and 4 songs of the latest Hilltop Hoods album which would be, I don't know, about 2 hours? Except for the slash at the centre front neckline, this view is a lot less fiddly that my usual version D or E. 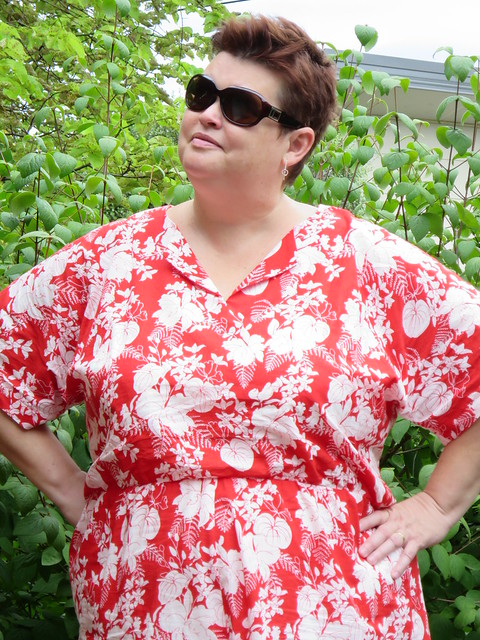 Look I'll be honest here and tell you that I don't think this is really my style. Especially not in tropical prints. But on Christmas Day it was perfect to wear - we had a very hot, extremely humid day, and if it hadn't rained so much we'd have been sitting in the park across the road so the cover up on my shoulders and arms was a lot better than my usual sleeveless style. This dress was very cool to wear, extremely comfortable, and we managed a lot of eating, drinking, more eating and even did a jigsaw puzzle before I went home and collapsed in a hot sweaty heap. And then jumped up again and got the tripod out and took photos of my kaftan for Kaftanmas. Hence the wrinkles. But it's held up pretty well I think! I wore it out to dinner with friends on Christmas night and it was still going strong and the elastic around the waist got a good workout throughout the day with all that food. 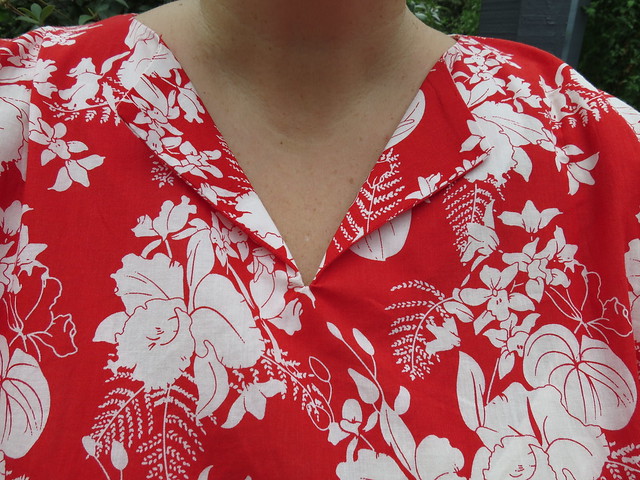 The centre front slash I did is not perfect, but the print hides a million sins. I also slightly pressed down the neck opening because I can't stand shirts that flap around and can't make up their minds as to whether they are open or closed. Or both. I'm tempted to put a closure on the neck for future sun protection - and it actually looks quite nice closed up.

I think this is the last Simplicity 2929 I will make for a while - time to try some new dress patterns. Although I will always end up going back to this one I think. It's so versatile. 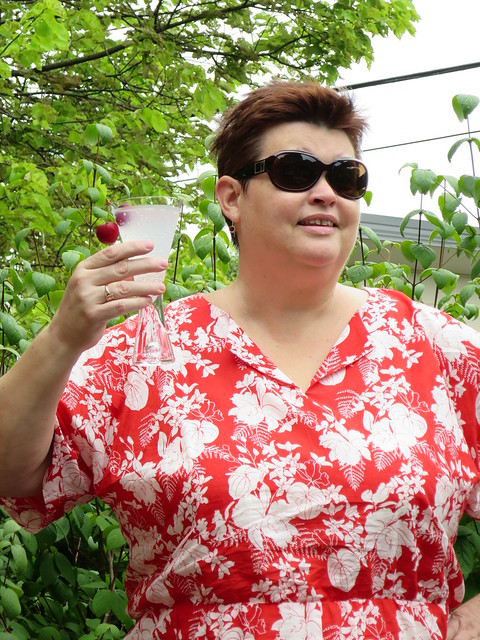