We're back from Japan and yes we had a fabulous time, and yes we cried when we left, and yes we're already planning our trip back. There's something about that country that just grabs you and fascinates you, and oh yeah, it's beautiful to boot. Sigh.

I will confess that I am not a massive fan of Japanese food. I love tempura, in very small quantities, and ramen and miso broth and tonkatsu. I got addicted to sushi rolls a few years ago, but now can't even look at them without feeling queasy. So eating in Japan for me was always going to be a little bit of an issue. Amanda, Susan and Melanie, recommended we do a do a food tour in Tokyo, so we did, on our second night there. 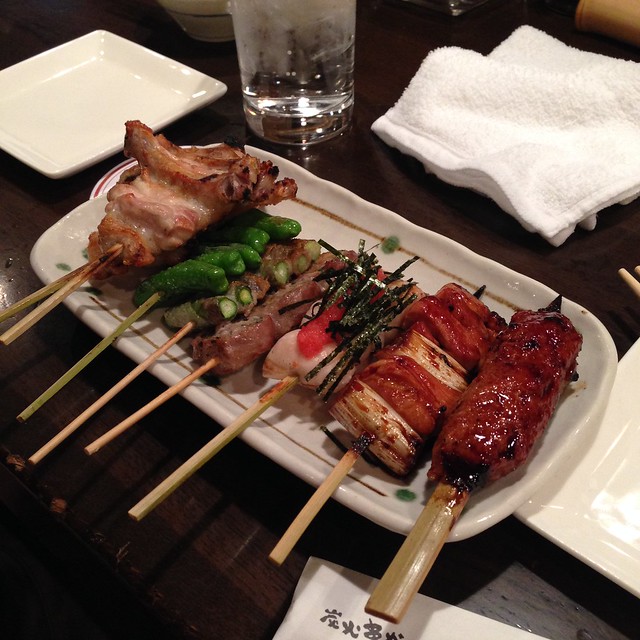 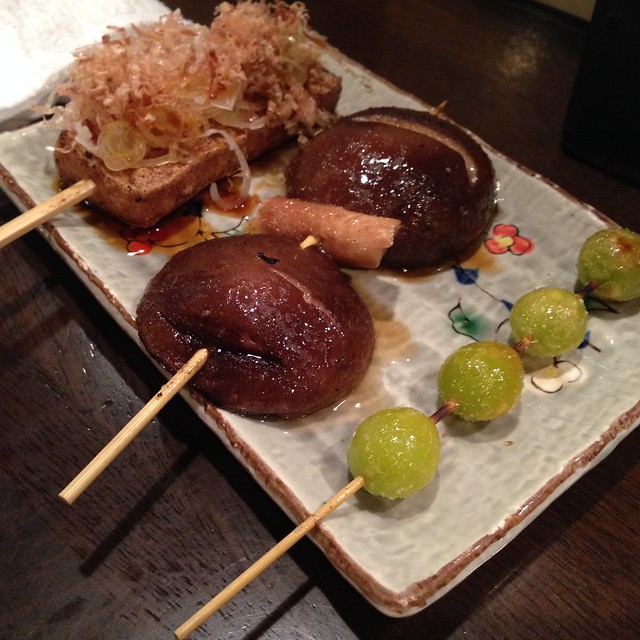 We started off by having yakitori (grilled things on a stick) at a tiny yakitori restaurant in Yurakucho and they were absolutely delicious. It started a hunt for good yakitori every else we went, but while the place in Kyoto we found was very good, it wasn't close to the amazingness of this place.

Back to the train station and a few stops later we were in Tsukishima and our guide was cooking us Monja-yaki (which is this weird - and delicious - batter which goes kind of gelatinous and takes on every single flavour that is put into it. In this case, pork, tomato, cheese and pesto.) 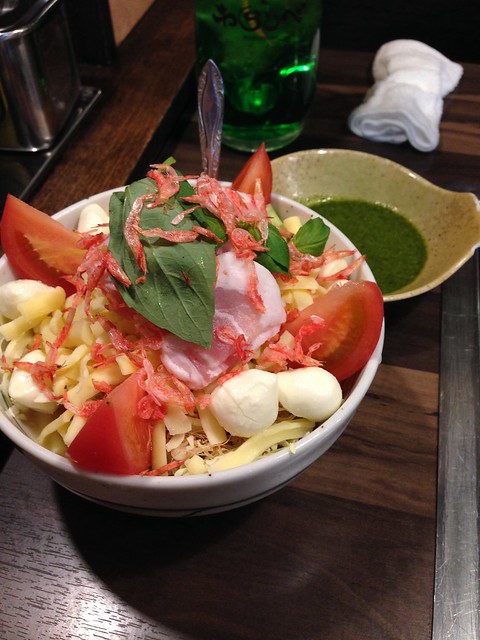 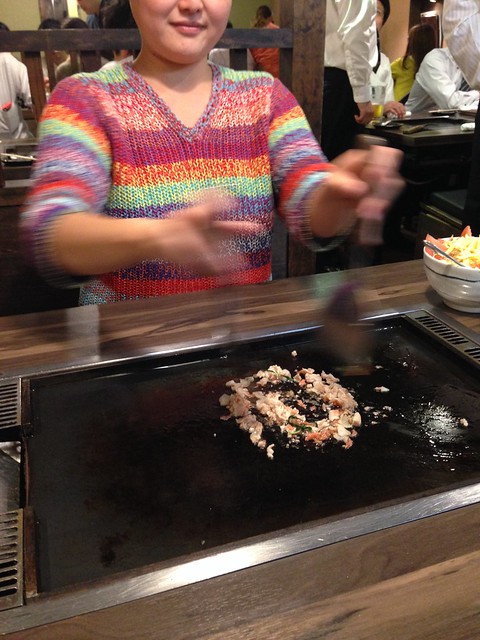 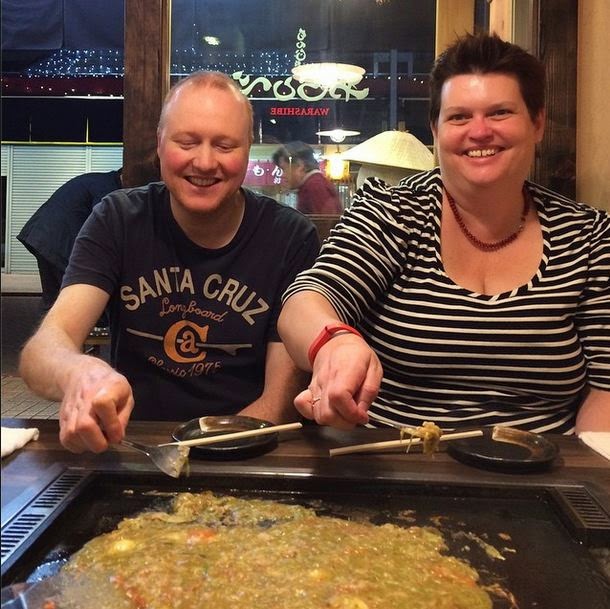 (this photo was blatantly stolen from the Tokyo Urban Adventures Instagram account ;) We weren't looking our best because beer, heat from the grill and 3 days in the same clothes due to no luggage. But we were happy. So happy.)

And then, because we obviously hadn't eaten enough, we had okinamiyaki, the famous pancake from Osaka and Hiroshima. I loved it that night although I was filling up fast!  But the second time I had it, in Kyoto, I couldn't handle the taste of the sauce (otafuku) and the mayonnaise that you put on the top once cooked. I know I'll end up making this at home though, minus the otafuku and the kewpie ;) 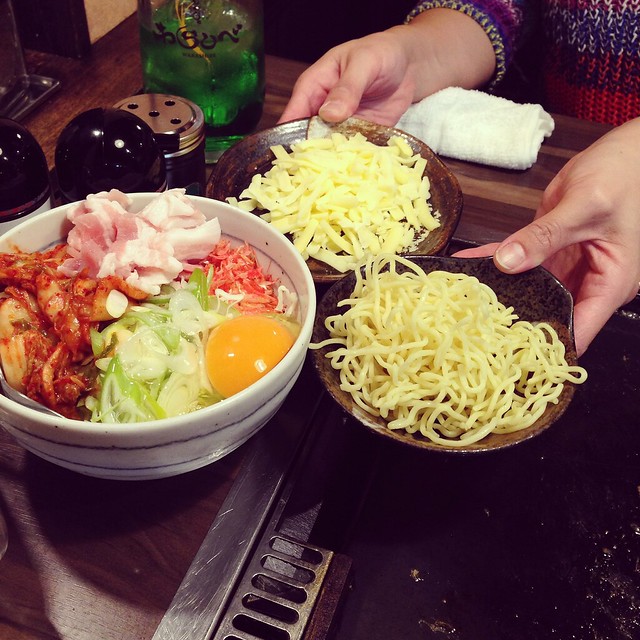 In Hiroshima I had a beautiful pork ramen in pork broth which was so damn tasty, but that I'm still feeling the after-effects of. I should have known better - not having a gallbladder means that usually your system can't handle rich, fatty foods. And Melanie had warned me about the pork broth ... but I did it anyway. Let this be a warning to those of you without gall bladders, or who have badly functioning ones. THE PORK BROTH WILL SEDUCE YOU THEN TRY TO KILL YOU. Don't do it. However, as a weight loss method, it works, but probably isn't worth (ooooh watch those spammers come out with those magical words!!)

We went back to the same restaurant of the pork broth the next night as I was determined to find something on the menu that I could eat. And I did. 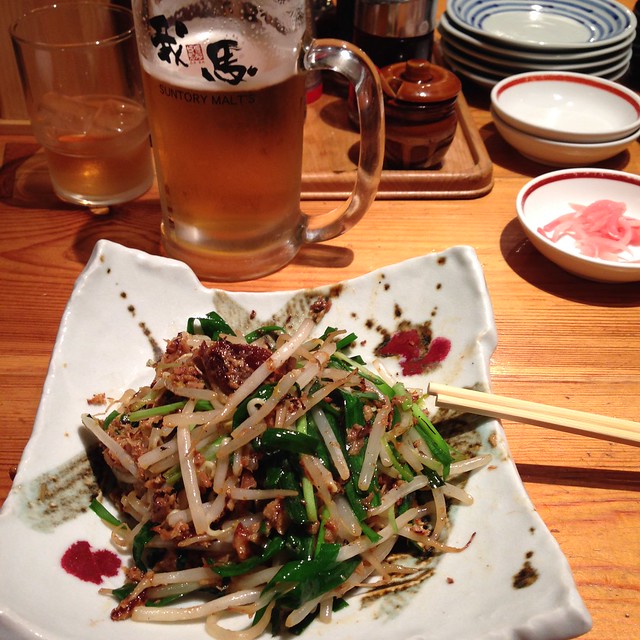 It's called Moyashi, and it has bean sprouts and pork and vegetables and it's bloody delicious. We also had some gyoza and yakimeshi (fried rice) and the whole combo was so good we went back the next night for exactly the same thing.

We both loved it so much I searched for a recipe for Moyashi when we got back so I could cook it. I googled and came across a few, but I really liked this one, and I adapted it to what I tasted that night in Hiroshima at Ga-Ba, and the vegetables that we liked to eat. Looking at the photo above and what I now cook though, I think I might have included the vegetables we had in the yakimeshi (which I have also since cooked) and inadvertantly combined the two! Nevertheless, my version is so delicious, and people have asked me to share it, so here it is.


Boil some water on the stove, and add the washed bean sprouts for about 20-30 seconds. Drain and rinse in cold tap water, and set aside. 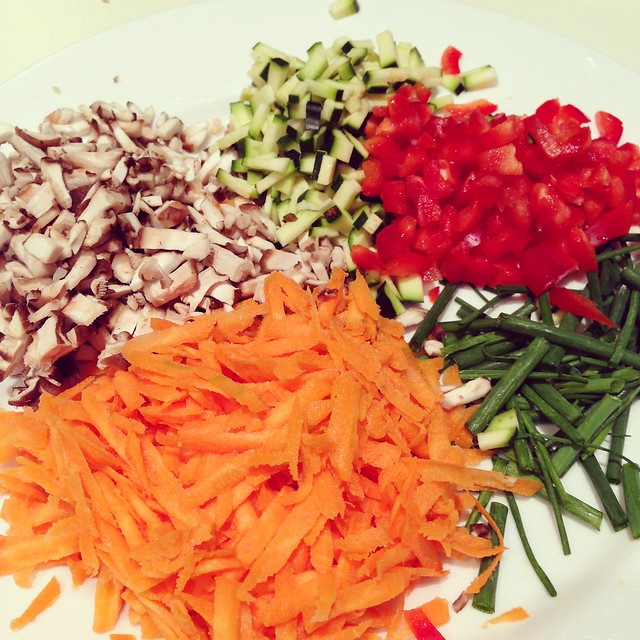 It's important to have all your ingredients prepared before you start cooking. Put all the vegies except the garlic on a plate. 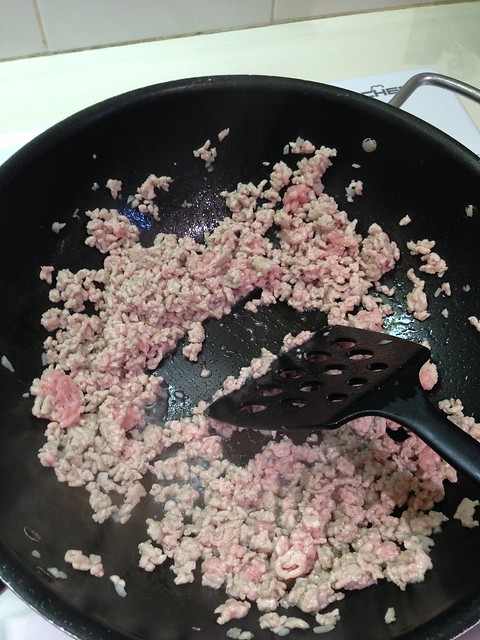 Heat some oil in a wok on medium-high heat, and gently cook the garlic. Before it colours, add the pork, and break it up really well with a spatula as it cooks. When it is near to being cooked, add a large splash of sake, and a teaspoon of sugar. Combine and let the sake cook off the alcohol. 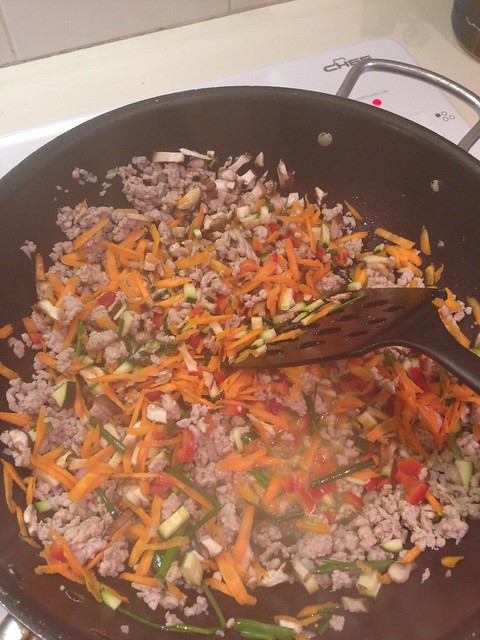 Add the vegetables to the pork. Make a space in the middle of the wok and add a tablespoon of soy sauce. Let it sizzle a little bit then combine the pork and vegetables through it. Cook until vegetables are soft.

Turn the heat up and add the bean sprouts and chilli flakes. Stir so that the liquid and ingredients are combined.  Cook for about 8 minutes, adding salt and pepper and more soy sauce to taste.

Serve hot. Add some (or lots of!) sesame seeds as a garnish. In Japan they grind their sesame seeds with a special grinder - I need to get one. You can have boiled rice with this, but we never do. 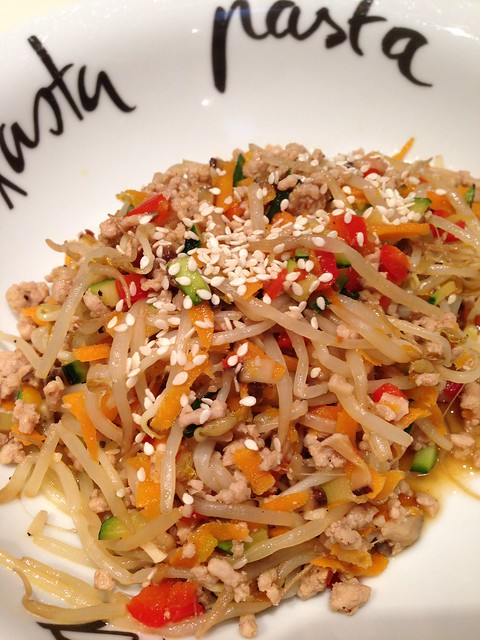