When I mentioned in my last post about taking it easy when it came to making things this year, I was deadly serious. I refuse to take part in any more deadline work - in fact the only deadline on my mind is the August quilt show, and if I work consistently towards that it won't be an issue. And if it becomes an issue, I won't put my quilt in. It's that easy. No stressing. I don't need things that I get enjoyment out of to stress me out. Life is for living, not stressing. If I learnt anything out of the drama that was last year, that was it. 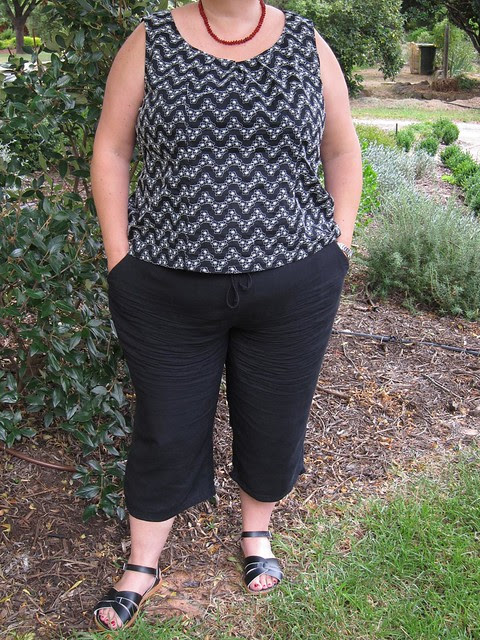 Here is the first make for 2012 - something I cut out before Christmas, started making between Christmas and New Year as time and energy allowed and finished sometime around the 2nd January.

Yes, it's another Not Sorbetto Simplicity 2938 - my fourth and definitely not last. I don't think I've mentioned how good this pattern is. It's a perfect fit, and that doesn't happen with patterns for me very often. In fact the other night I basted a shirt with an entirely different pattern for something different to sew, and it's a horrible fit. It is spending time in the naughty corner until I can rip the basting out and start again with a change in the darts and taking in/letting out at the seams. In the meantime, I'll stick to Simplicity 2938 because I know it works. 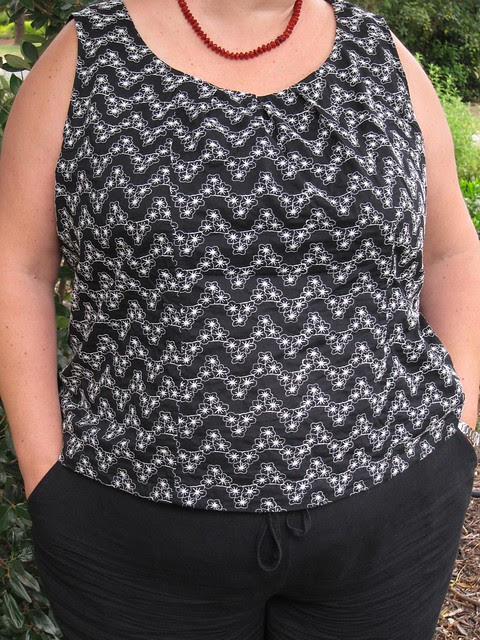 The fabric is from Spotlight and it is embroidered cotton. When I first made this top I was concerned about how stiff the fabric was, even after pre-washing it. But on the second washing with soap and a good iron, it turned out quite soft and a little bit drapey. Which is just as well - I bought this fabric in another three colours. And here's my first crocheted item of 2012. It's another Armorique shawl and I made it for a swap my knitting/crochet group were having this morning. I really enjoyed making this shawl (except for the deadline/rushing part) even though I've made it before and normally would have been bored with it. But one of the things that happened last year with the illness and surgery (and probably the large amounts of morphine) was that I lost quite large chunks of my memory. One of the chunks seems to be the first making of the shawl. I cannot remember a thing about it, but photos and the shawl itself prove that I made it. So it was like making something for the first time. 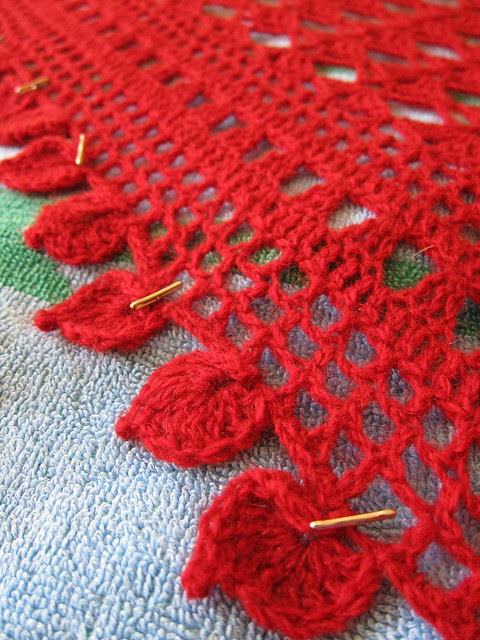 I can't even remember making these little leaves on the outside of the shawl last time. These were a  lot of fun. I left them unblocked - just flattened them down with my hands and hoped for the best. 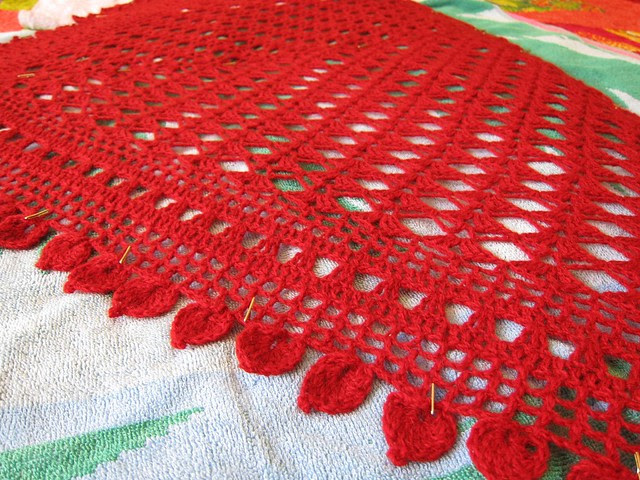 Speaking of blocking, I didn't do it very heavily. I used wires across the top of the shawl, and then pinned out the rest, just loosely. The yarn is Glenora Merino/Silk/Possum and it's really lovely to work with, despite my possum allergy. Would use it again, definitely (which is good - I also have it in black). 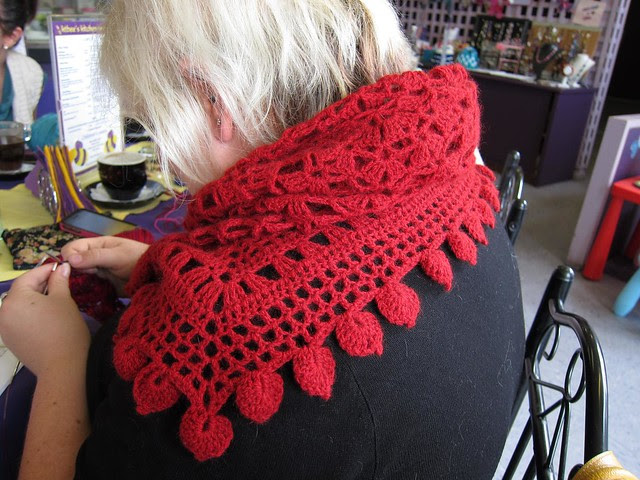 I only managed to take one photo of the recipient wearing it today. I hope she likes it!
Posted by Michelle at 2:38 PM