So we are in Japan at the moment. 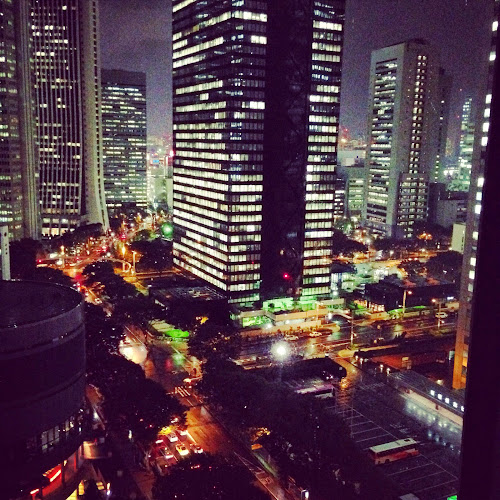 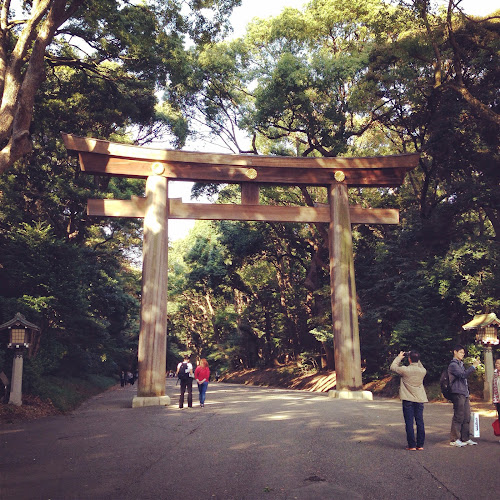 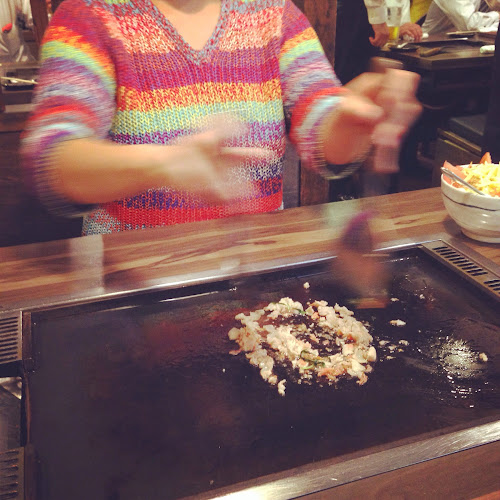 And it's pretty bloody fabulous.
We went to this little quilt show called "Yokohama Quilt Week" which is pretty funny because it goes for only three days. And it's really not that little. Pretty freaking huge, actually. I'm really glad I went. I've never thought my quilts fitted into any particular style. Are they traditional or modern? Both? Who really gives a shit? I quite possibly don't. But it was so good to see that there are Japanese quilters who think like I do with fabric and colour. Except they probably keep to their 1/4 seams better than I do. 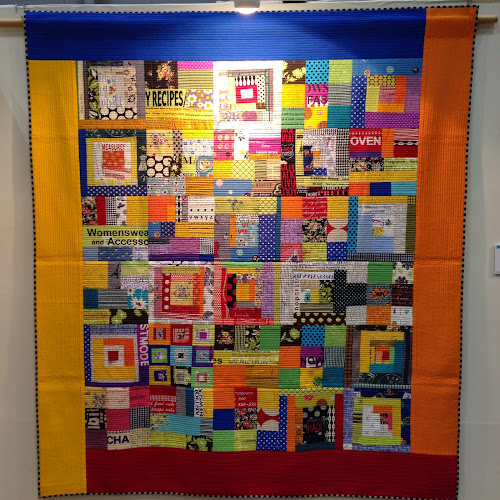 I particularly loved this quilt called "Toy Box" by Yukari Otsuka. I'll post more photos when I get home in a couple of weeks and also share my reactions to the show - I took better photos with my good camera. 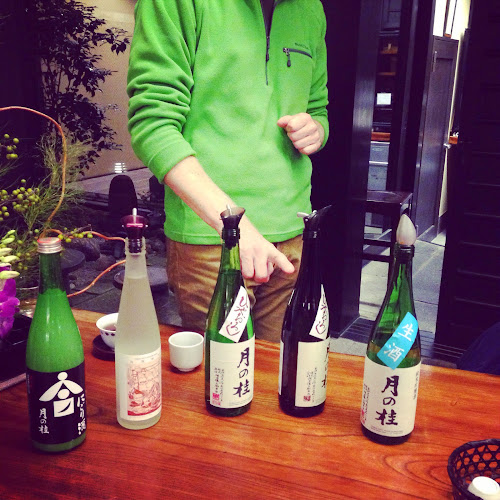 So yeah - we've been eating a lot of Japanese food (so much yakitori, not enough ramen in my opinion) and the other night at our ryokan we had a fellow explaining the ins and outs of sake. Was rather brilliant. As a result last night I dulled my foot and back pain with a large Asahi beer and a chaser of hot sake. No pain walking home. 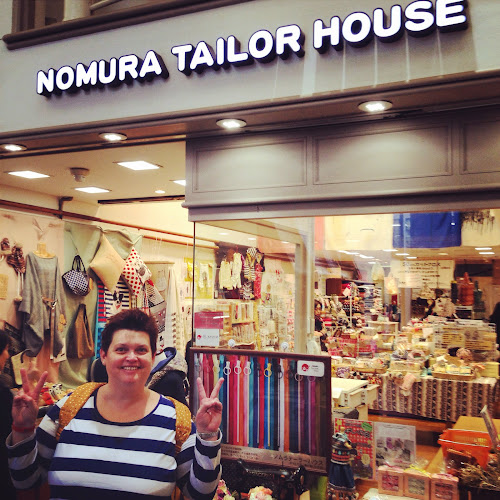 The good news (ha! So much good news! I'm in freaking JAPAN, people!) is I found not one, but two Nomura Tailor shops in Kyoto. I dreamt last night of Nani Iro and I need to find an afternoon to go back and get more. I have declared the summer of 2014/15 the summer of Nani Iro tops and skirts.
I'll be honest - the first couple of days here were full of anxiety. It was a massive drama just getting any airline to fly us to Japan thanks to storms in Sydney - and we made it just fine (albeit on a different airline and different service to what we had paid for), but our luggage didn't for two whole days. But now all four of us - us and our ports - are reunited we are having a fantastic time. Not that running around running around Tokyo for half a day looking for t-shirts that fitted us both wasn't fantastic fun! Impossible, but fantastic!
My husband has been practicing his (terrible) Japanese on the staff at Starbucks. He's pretty cute especially when he gets his hand movements for "two shots of coffee" wrong. 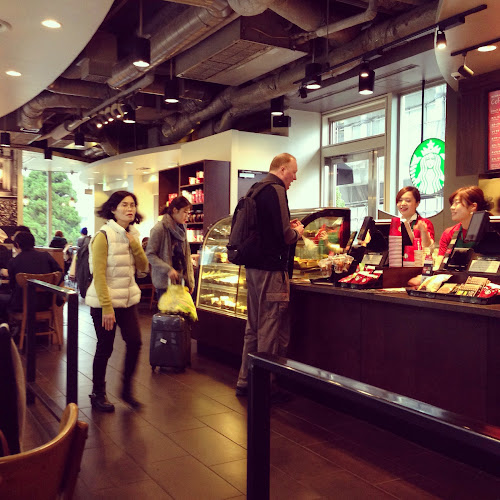 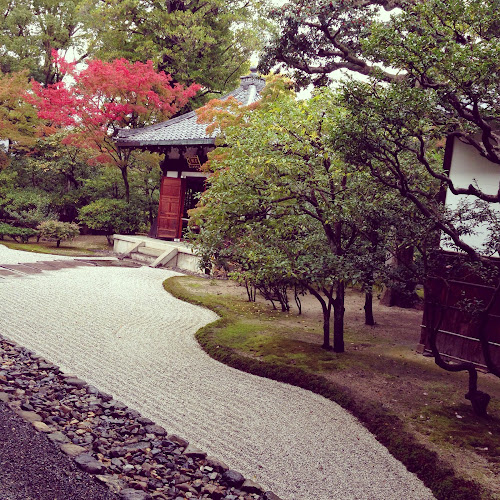 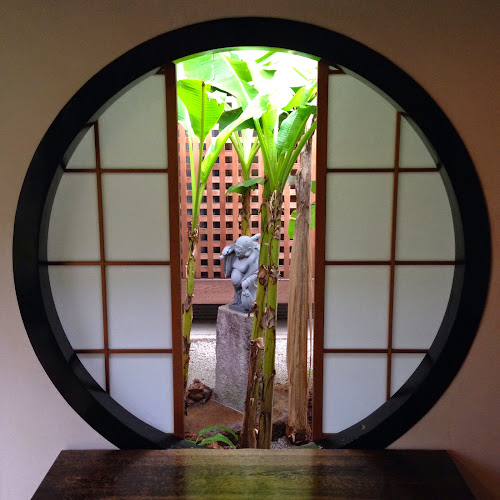 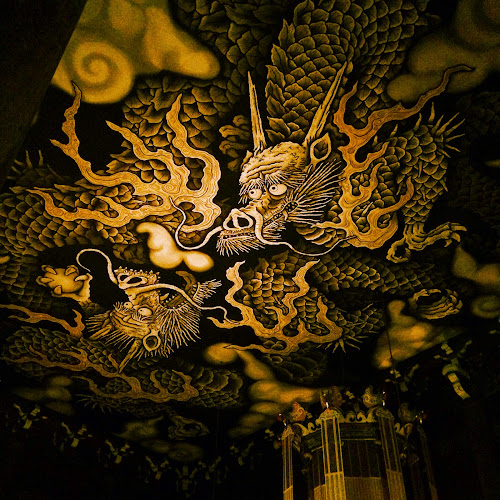 More later. We're off to find ourselves a bamboo grove.