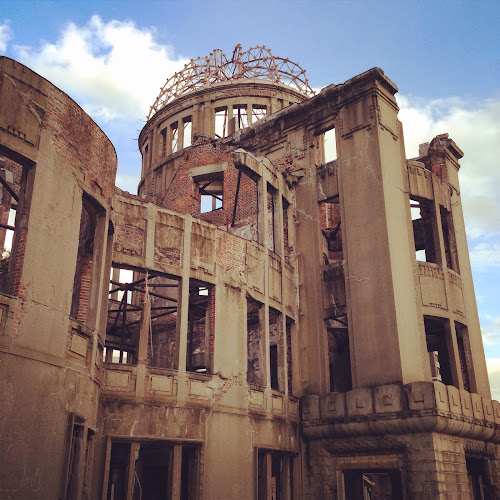 It's weird, but the only place I really, truly, definitely wanted to visit when we started planning on visiting Japan all those years ago was Hiroshima. It's a city that, as you all know, has the horrible honour of being the the recipient of the world's first atomic bomb. It killed hundreds of thousands of people. But the pervading message from this city is one of peace. Don't let this happen again. Ever. And to a couple of children of the 60s and therefore born-again hippies, we had to see it for ourselves. 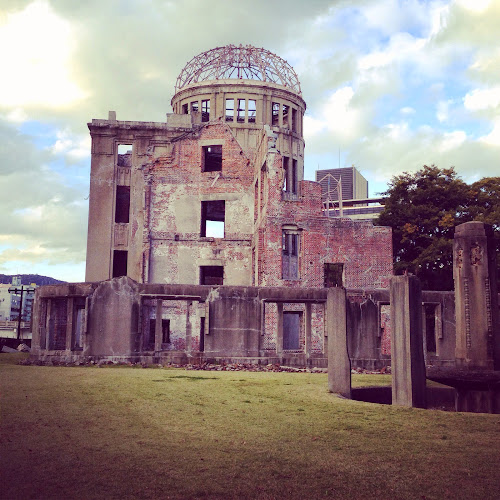 The above two photos are of the Atomic Dome - previously known as the Industrial Promotion Hall in 1945 when every single person working inside it was vapourised, and everything except this building and a couple of others were completely flattened. We saw the photos of the totally, absolutely decimated "was this ever a city?" Hiroshima at the Peace Museum (incidentally, this place is horrific and no one likes to see photos of burnt children and scraps of school uniforms that children who eventually died were wearing that day, but oh it's such a necessary place to visit. Even if you're not a born-again hippy. It makes you angry, and feel helpless, and wonder how better we can rage against those agents of war (every government in the entire freaking world, in my opinion). 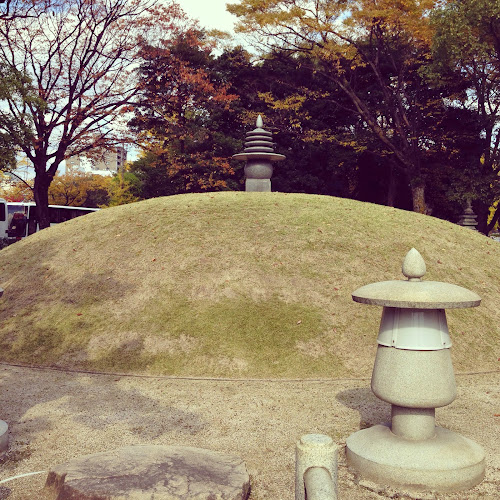 This is the Atomic Memorial Mound. It contains the ashes of tens of thousands of people who died in that day and in the following days. The thing we couldn't work out was this. Hiroshima has every right to be angry. So angry. And they're not. In fact it is probably the most western, cosmopolitan city we've visited in Japan so far, and everyone is so damned friendly here. All the old people ask where you are from, and their faces light up when you say "Australia". And they say "so far! You come here?" And we just nod and smile because this country is the most beautiful we've ever been to and it's the best holiday we've ever had and we speak a total of 15 words in Japanese so there's really no point saying anything further. Other than "domo arigato gozaimas".
There is no glorification of war here, just a universal pledge of peace. 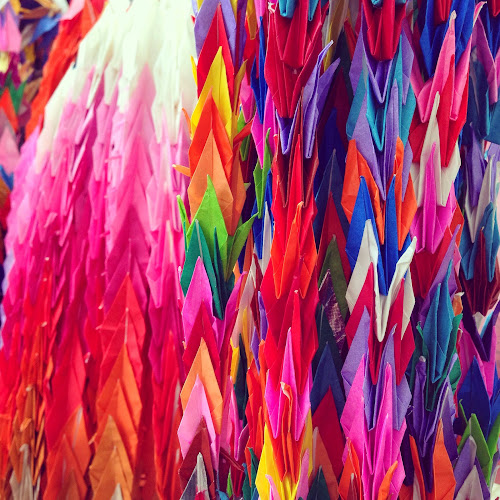 These are some of the millions of cranes that school children from all over Japan have made in honour of Sadako. I read the story of Sadako and the Thousand Paper Cranes when I was at school. If you haven't read it, I suggest you go and do it. Now. Yes I'm being bossy. 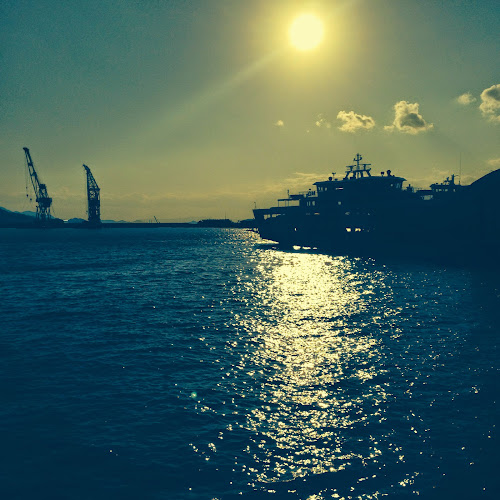 After the hopelessness of the museum and the Peace Park, we just had to get far away from there. So we caught the nearest streetcar (they have streetcars in Hiroshima, people! Another reason to come here!) and went as far as the line would take us, in this case Hiroshima Port. It was cold. 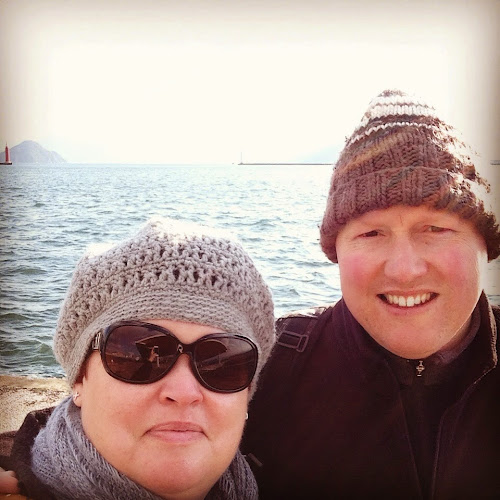 And there was no fishing. WTF? 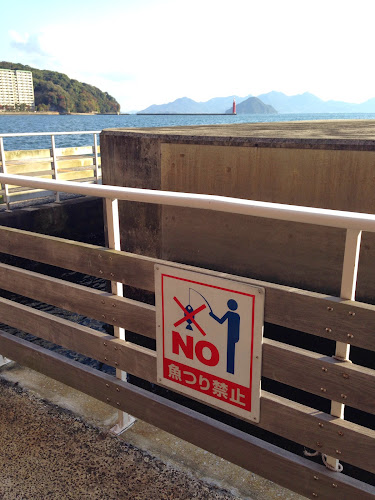 It had been recommended to us that we spend a day at the Peace Park, and then the following day at Miyajima Island to get rid of the shitty depressed funk we were in after day 1. So we did. And it was fabulous! 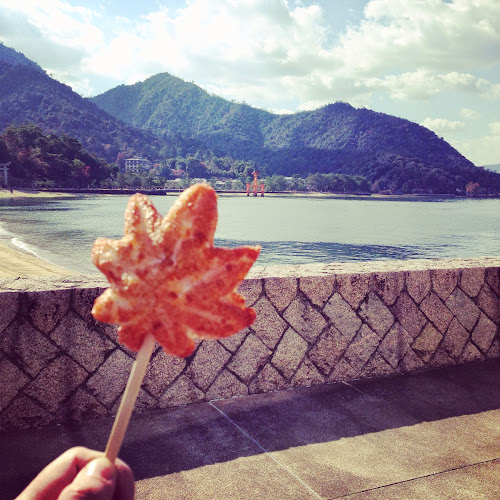 Something on a stick. I believe it was cheesy fish cake. I wasn't a fan. 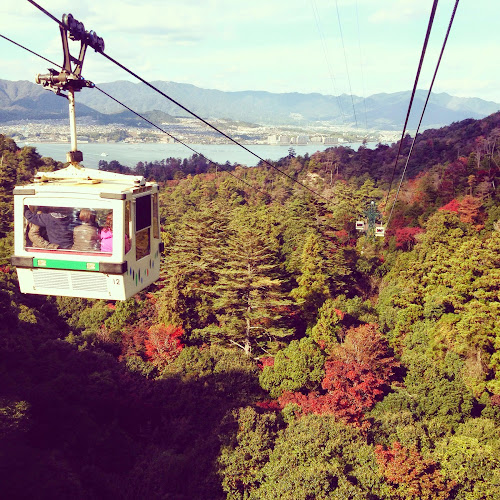 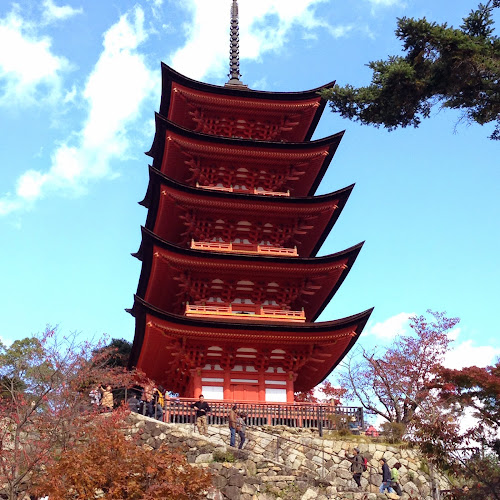 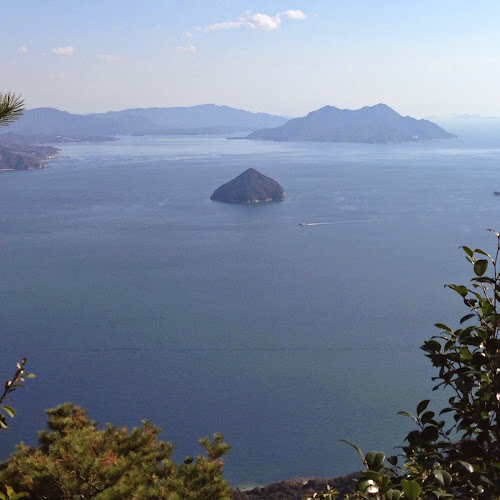 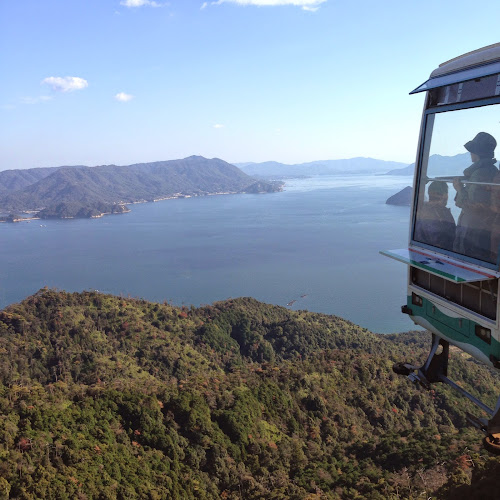 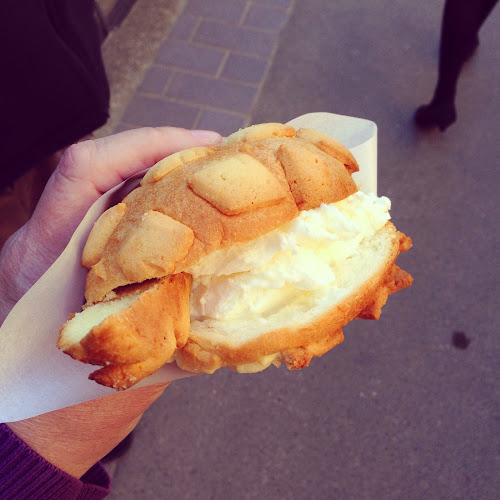 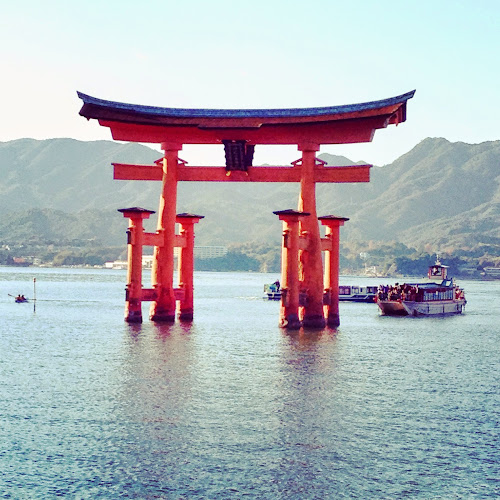 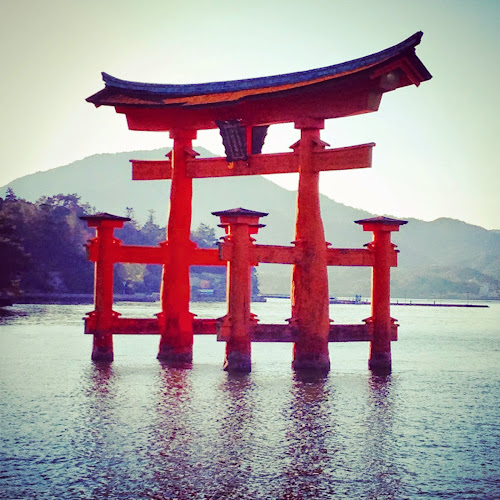 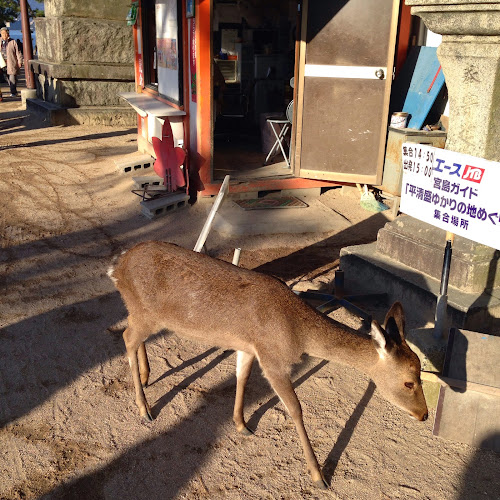 Because them's a lot to be said for a sacred island that has deer, ropeways, autumn colours, views of everything including the Inland Sea, shrines in the middle of the ocean and fresh cookie bread icecream sandwiches. Funk lifted. Still writing a letter to the federal member of parliament when I get home though.