I know I've been quiet about Me-Made-March 11 lately, but I've had a good excuse. So let's summarise, shall we? 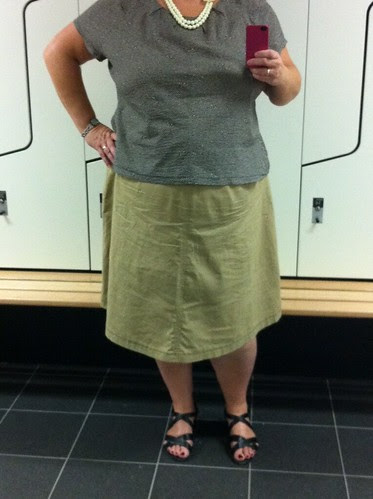 March 2 - I rode my bike into work and showered and changed there, hence the crappy iPhone-in-the-locker-room-mirror-shot. I'm wearing a me-made linen/cotton skirt and a me-made cotton top. 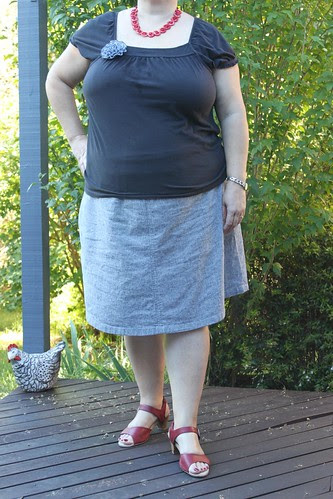 March 3 - Taken at the end of the day so I'm looking a lot scruffier than usual. I'm wearing a me-made skirt and possibly some tea spilled down my front. 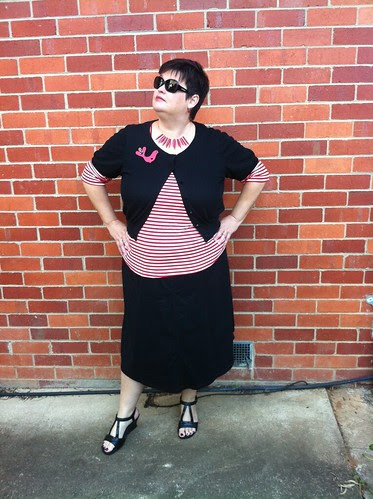 March 4 - after a spectacular night of out-of-the-blue abdominal pain, I awoke very tired but in a lot less pain so decided to go to work. I was ready to kick the world's arse. Hard. I went for no-nonsense red and white stripes with a me-made skirt.

After two hours of kicking the world's arse, hard, at work, I admitted defeat and went home sick. Six hours later I was in the emergency department getting my own arse kicked by severe pain but enjoying the effects of morphine. 24 hours later I went home again, having slept in my black me-made skirt all night. It was actually quite comfy to sleep in, but that may have been the morphine talking. 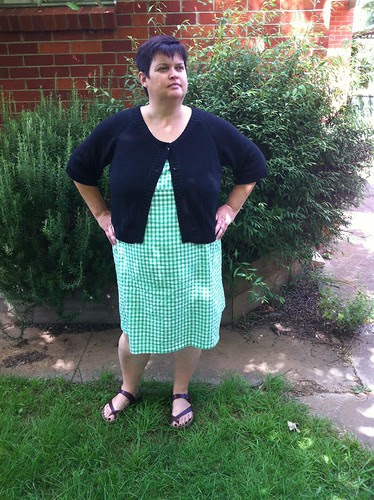 March 5 - In this photo, taken a few hours after I escaped back home, I am wearing what is quite possibly the worst thing I have ever made - McCalls 5896. It doesn't fit well, it's baggy, the bodice sucks, it's in freakin' green gingham, for heaven's sake, but yet it is the most comfortable and coolest thing I own. I'm all about the comfort on March 5. Also, my belly hurts so much I can't wear trousers. 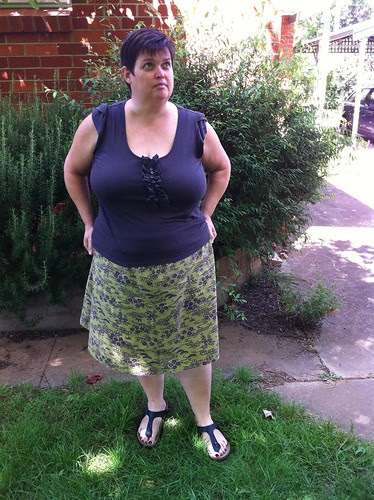 March 6 - oh, this is a special look, it really is. Me-made skirt, Myer-made top, and me-made dark circles under my eyes. 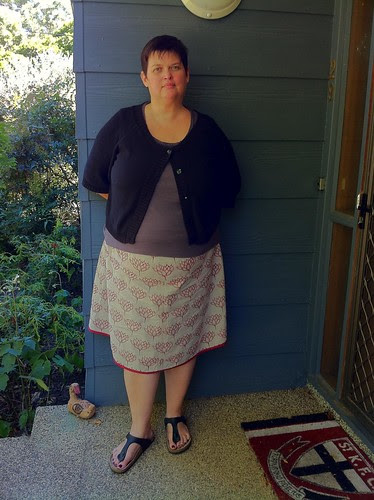 March 7 + 8 - Oh yes - I wore the same outfit two days in a row. I'm on sick leave. Shoot me. Me-made skirt. It's my favourite - an Ink and Spindle fabric that I don't think I've ever blogged before. 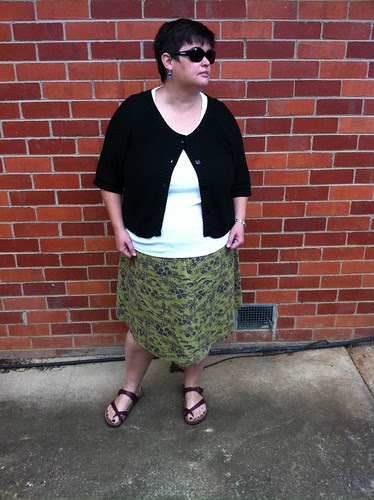 March 9 - by this time my bloating had gotten really bad so I feel and look 8 months pregnant, and the pain is worse and worse. I would have stayed in PJs all day except I had appointments. Do I look like I care what I'm wearing? No? Well I don't. This Me-Made-March thing can seriously GO. TO. HELL. 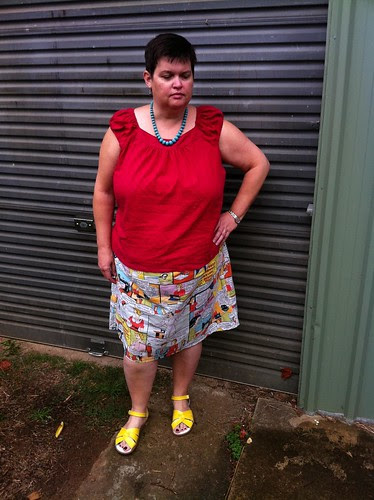 March 10 - isn't it amazing what a good night's sleep and a haircut can do? Also, the pain has reduced significantly, and I'm thanking that foul lime cordial tasting liquid I had to drink for my CT scan yesterday for that. It's coincidence, I know, but one can imagine. Anyway, I woke up this morning and it was raining. Lovely! So I decided to get all sunny. Me-made skirt, me-refashioned top. I had to put a jumper on an hour later because it was so bloody cold.

So there's where I'm up to with Me-Made-March 11. I still have at least another four days at home and my casual wardrobe is starting to look a little dull. Also the temperature is decreasing so it's time to maybe stop with the bare legs and get out some tights and leggings.

I was hoping by this stage in the challenge I would have finished sewing another couple of things, but alas I haven't been able to do much of anything, so I'm stuck with what I have in the wardrobe.

Luckily that should be enough, but I really do need to do some adjustments on a few more skirts.
Posted by Michelle at 2:19 PM